As I’ve said many times before, one of the best ways to get exposure to a foreign language is by listening to it, a lot.  An even better way is to make sure that the material is relevant to you, something you’re interested in, or something you’ve written yourself.  Not everybody is lucky enough to have a native speaking friend or teacher to record audio for them, though, and that’s where RhinoSpike comes in.

The website provides a free platform for users to both request audio in the language they’re learning, and provide recordings for other language learners.  It’s as simple as pasting in the text that you want read aloud, choosing the language you want it in, and waiting for someone to respond.  You can customise your profile to include the language/s you’re learning and your native language, as well as add images and make friends.  Their interface makes it easy to see both your audio requests and the recordings you’ve done for others, and provides RSS feeds for both audio requests and recordings in whatever languages you choose.  Once your recording requests have been answered, you can download the mp3s, add your text to the lyrics or transcript, and listen to them whenever you want to.

The website strongly encourages people to only record requests for their native language, and even lets you define your accent so other people know what to expect from your recording.  There don’t seem to be a lot of users on the site yet, but they do cover a lot of languages, and it seems like most requests get responded to pretty quickly.  I’ve even done a few myself, but maybe I just like the sound of my own voice.

Give it a try and see what you think.  You can request anything from diary entries to articles, poems to songs.  Someone even requested a recording of the prime numbers from 0 to 2100.  Random.

Comments on Get custom foreign language audio on demand 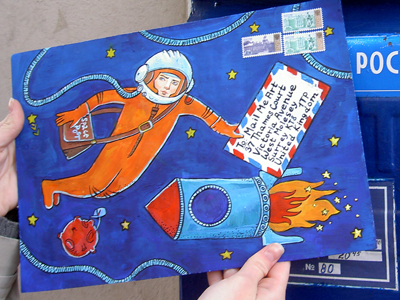