Language Skills in the UK and their Effect on the GDP

English is widely agreed to be the current universal language, but what disadvantages come from English-speaking countries’ position of privilege?  As English increasingly permeates the world of business, finance, and international, native English speakers are becoming more comfortable with the fact that wherever they go, they will be able to communicate.  This has led to a sizeable decline in the study of foreign languages among students in the UK.  Regardless of the cultural, diplomatic, and educational toll (studies have shown that bilingual students perform better overall in school than those who speak only one language), what are the economic effects this linguistic homogeneity is having on English-speaking countries?

Not surprisingly, our failure to interact with foreign companies in their own tongues is actually losing us business relations.  Speaking a second language can be an invaluable asset when it comes to earning trust and forging relationships, but many British companies that work within a global network have the tendency to take it for granted that foreign businesses will bend over backwards to speak English with them.  In fact, our nation-wide lack of language skills has a directly damaging effect on international trade; despite Britain’s standing as a global exporter, foreign buyers will always choose to partner with companies that can conduct business in the local language.  And in the light of the UK’s using its English skills as a crutch, this often serves as a disincentive for other countries to work with British exporters.

While this may seem to be a minor setback for our economy, the numbers suggest otherwise. James Foreman-Peck and Yi Wang of Cardiff University recently conducted a report to the UK Trade and Investment, estimating that our off-putting monolingualism has resulted in a 3.5% loss to our GDP.  And in these uncertain economic times, British companies certainly need every advantage they can access. 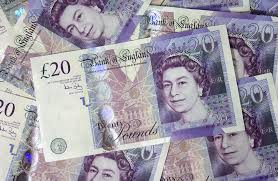 Fortunately, the UK has a formidable but often overlooked asset in this sector in the form of its growing immigrant population.  Recent statistics from the Department of Education state that 1.1 million schoolchildren in the UK currently speak English as a second language.  This amazing diversity should be both encouraged to flourish and utilized to its full potential.  With such a large proportion of the upcoming generation already possessing a crucial skill that will help Britain compete in the global marketplace, it’s crucial that we take advantage of this edge to close the gap between us and more linguistically savvy countries.  And with so many native English speakers lacking the ambition to learn a second language, it falls to the new generation of multilingual Brits to improve our international relations and expand our overseas exporting.

Even if you are not a native speaker of a language other than English, becoming fluent in a second language at any time in your life will greatly increase what you have to offer on the job market.  Send us an inquiry to start learning a language today, or take a look at the various different language courses we have to suit your needs. 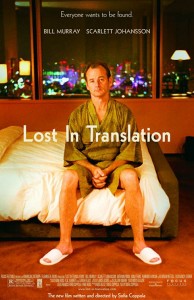