South Africa is a nation with a colorful, and at times painful, past. The wounds left behind by the apartheid have had little time to heal, considering that it ended just a few decades ago. Nevertheless, the Rainbow Nation (a name garnered due to its vibrant mix of languages and people) has bounced back in tremendous ways. Today, South Africa is the second largest exporter of fruit in the world and also home to booming coal and oil industries. It seems though that diversity can come at a steep cost, as evidenced by the mixed reactions to the decision by Stellenbosch University in Stellenbosch, South Africa to drop Afrikaans as the language of teaching and shift to using English instead. What exactly does this mean for students? Read on to catch a glimpse of Afrikaans’ history and the significance of this massive change. 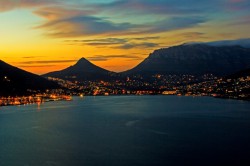 “For to be free is not merely to cast off one’s chains, but to live in a way that respects and enhances the freedom of others.” – Nelson Mandela

As one of South Africa’s many languages, it can be argued that in some places it is more common to hear Afrikaans than even English. However, Afrikaans possesses a rather dubious past. Because although Afrikaans derives words from a variety of other tongues including Malay, German, English, and French, 90-95% of words actually come from Dutch. Herein for some lies the problem: that the Dutch were the first true foreign invaders of South Africa back in the 17th century and partially responsible for perpetuating a racist culture while profiting off of the slave trade and natural resources the nation had to offer. In fact, many historians refer to the 17th and 18th centuries when Dutch presence in South Africa was particularly strong as the “white invasion.” Because the Dutch are associated with such a bloody and terrible time in South Africa’s history, and because the language lends so heavily to Afrikaans, many tend to view Afrikaans as a representation of division and apartheid rather than a language of the modern day Rainbow Nation. 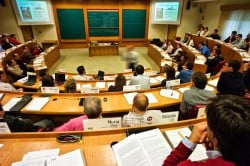 “Education is the most powerful weapon which you can use to change the world.” – Nelson Mandela

But it’s not solely Afrikaans’ murky beginnings that has students celebrating the language change. Afrikaans has been the language of instruction at a university which has long been viewed as catering to the elite architects of South Africa’s painful apartheid past. Hence, choosing to make a change to English is also symbolic of the university changing to suit the nation’s post-apartheid environment. English may be the language of a former colonizer (let us not forget the British colonization of South Africa in the 19th century), but its use is also more widespread than Afrikaans. This means that choosing to teach in English at Stellenbosch University will create greater diversity in both the faculty and the student body – something that many locals view as a massive victory. 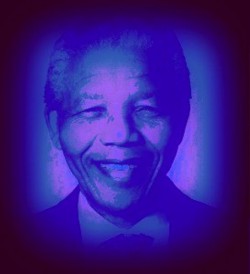 Of course, as with any landmark decision, this change also faces a fair amount of criticism – especially from those who fear that having English as the sole teaching language will marginalize Afrikaans speaking students. And if this is the case, why shouldn’t the University consider adding Zulu to the list of mandatory languages of instruction? Perhaps South Africa could take cues from countries like Luxembourg where English, French, and German are all a part of the education system, or even India where your average educated individual is fluent in three languages due to the simultaneous use of Hindi, English, and local dialects in schools. At the end of the day, it’s all about finding the perfect balance which allows for more diversity and develops a polyglot society at the same time.

Without a doubt, South Africa is a fascinating nation of unique nuances rarely found anywhere in the world. It will be interesting to see how such a varied nation will continue to move forward and create a united, yet diverse way of life. If you are considering South Africa for business or holiday, learning to communicate in at least one of the country’s many tongues is a must if you truly want to maximize your experience. At Language Trainers you can find exceptional native-speaking tutors to help you conquer the language of your choice, and online tools such as free placement tests to keep your skills sharp. Diversifying your language arsenal and becoming a global polyglot will serve you well, whether you’re traveling in South Africa or beyond!

Comments on South Africa and the Great English Shift