¿Estás Ready to Learn About Spanglish?

Hispanics make up just under 20% of the U.S. population which means that Latin America’s varied cultures have a huge impact in the United States. So prevalent is the influence of Hispanic culture that Spanish is the nation’s second most widely spoken language! It’s no surprise then that the U.S.’s two most popular languages, English and Spanish, have found ways to merge into what we know today as Spanglish. However, you may be surprised at how long, and unique, Spanglish’s history really is!

Although to some, Spanglish is still considered the bastard child of English and Español, to others it is a vital, and often, the sole, means of communicating in modern America. The most common form of Spanglish is when the speaker switches back and forth between Spanish and English, often inserting one or two Spanish words or phrases into an English sentence or viceversa. The fact that Spanglish speakers can be found in greater numbers in border states like Texas and California perhaps points to the U.S.’s torrid past with its southern neighbour and partially explains how Spanglish came about.

History buffs will argue that the first hint of an English-Spanish hybrid language occurred somewhere around the early 19th century. It was in the mid-1800s that Mexico ceded a large chunk of the northern part of the nation to the U.S. for a mere 15 million dollars. While early European immigrants had been largely successful in squelching the cultures and languages of Native Americans – therefore paving the way for English to be the young nation’s primary tongue – with the addition of states like Texas and Arizona, the U.S. suddenly acquired a large number of Spanish-speaking citizens who had lived on that same land prior to the U.S. takeover. As English-speaking ranchers and businessmen stripped these people of their land in coming years, English came in contact with Spanish and the origins of a new language was born.

During the subsequent hundred years or so Spanglish thrived in the U.S., sometimes against all odds. But why does Spanglish persevere while other fusion languages do not? After all, immigrants from Poland, Germany, and elsewhere in Europe once created hybrid languages of their own when they arrived in America. Even then, after a certain point these immigrants instilled English as the main language in future generations. Their native tongue began to disappear from their new life and after some time became the subject of nostalgia and nothing more. Some experts believe that this may be due to the Hispanic community’s ability to hold tight to their roots. Proximity plays a big part in this. While early immigrants from Europe might dream of returning home, actually doing so was a whole different question. Travelling once a year to Europe was time-consuming and very expensive, and so over time many people couldn’t help but distance themselves from their original culture as well. Not so for most Hispanic immigrants. Travelling to Mexico or elsewhere in Latin America was, and still is, easier and cheaper than making a journey to Europe. 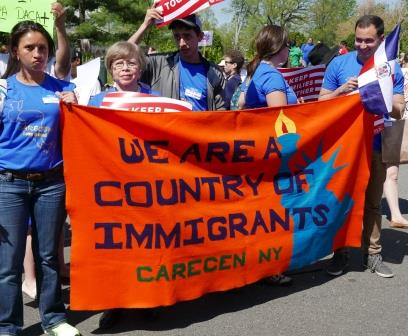 Many Hispanics, you would argue, are neither here nor there. They aren’t a part of American culture, but also not a part of their original culture either. To some extent this is true. Immigrants from Latin American countries have learned to straddle the divide and one of the ways they’ve done it is through the creation of a language like Spanglish. Instead of holding on to Spanish in its ‘pure’ form, they’ve created a tongue which allows them to draw from both the cultures which figure heavily into their lives. In many ways Spanglish is one of the most brilliant examples of what the United States is all about: a conglomeration and mix of cultures. There’s a reason why the U.S. doesn’t have a national language and it’s based on the time-old maxim of accepting people and cultures from around the world with open arms. So, while some view Spanglish as a poor man’s version of English or Spanish, it is a necessary component in a nation where holding strong to the culture of your ancestors is perfectly acceptable.

Do you think Spanglish is a good example of a language which bridges two different cultures? Is it okay for people to hold on to the culture of their country of origin? Can you still assimilate into a new country when you do so? Share your thoughts!

Comments on ¿Estás Ready to Learn About Spanglish? 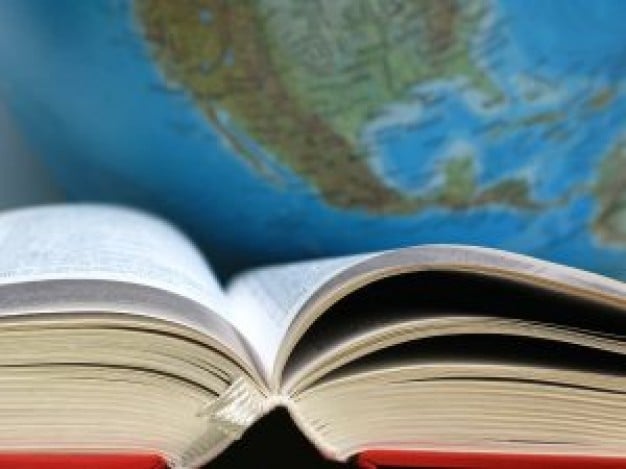