Foodie Language: 5 Dishes From Around the World With Succulently Surprising Names

Next to language, food is arguably one of the greatest influences of culture. Even if you’re travelling within the same country, you can find drastically different dishes depending on what areas you visit. One town might specialise in particularly spicy food, while another might add seafood to everything. Foodies the world over dream of tasting the unique dishes of Mexico, exploring the complex flavours of India’s cuisine, or savouring the succulent treats of Italy. Sometimes though, it’s fun to try new foods while exploring how and why the names of some of these dishes came about. Culture, time period, and many other factors can contribute to some of the most interesting food terms out there. How about we jump into some foodie language and learn about a few new dishes, and how they got their names, all at one go? Hopefully by the end of this you’ll be craving both the dishes and the history behind them! 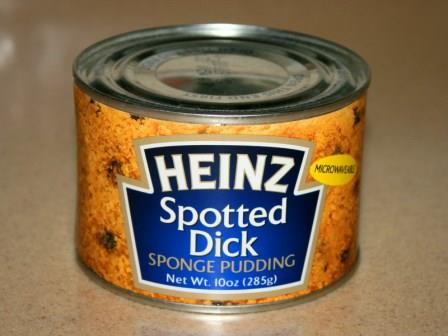 I first heard the name of this dish while travelling through the U.K. and right away I thought it was a joke. Surely the person telling me all about ‘Spotted Dick’ with a completely straight face was just pulling my leg, right? Nope. It turns out ‘Spotted Dick’ is a popular British pudding made with raisins (or another type of fruit) and served with custard. The word ‘spotted’ is a reference to the dried fruit in the pudding which resemble spots, and ‘dick’ is a 19th century word which means ‘pudding’. Of course, the name has garnered plenty of jokes, but really, get your mind out of the gutter okay?

2. Pigs in a Blanket

As one of the United States’ most popular snack foods, undoubtedly you’ve had the chance to try one. ‘Pigs in a Blanket’ are usually made up of small sausages (hence the ‘pig’) wrapped in croissant or biscuit dough and baked (hence the ‘blanket’). This American invention is meant to be finger food, in other words you eat it in two bites or less. However, many countries have their own versions of this tasty little dish: the U.K. variety is sausage wrapped in bacon (a little too much ‘pig’, don’t you think?), while in Germany the sausages are a little larger and can be wrapped in a puff pastry or even pancakes! Which type would you prefer?

‘Strozzapreti’ is an Italian food that translates as something akin to ‘Priest Strangler’ or ‘Priest Choker’. Fear not though, no priests were actually harmed in the making of this particular type of pasta (or so we think). ‘Strozzapreti’ is an elongated, hand-rolled pasta popular in certain parts of Italy. As for the name, there are quite a few legends surrounding it. One claims that the priests of old were so enamoured with this particular pasta that they ate too much too fast and ended up choking on their food. But that shouldn’t stop you from trying ‘Strozzapreti’ if you’re ever in Italy!

Are you feeling bad or good today? Perhaps your choice of either ‘Angels’ or ‘Devils’ will reveal your mood! ‘Angels on Horseback’ is oysters wrapped in bacon and grilled; while ‘Devils on Horseback’ is tea-soaked prunes treated the exact same way. These British delights have made a huge comeback in recent years. Turns out back in Victorian England oysters were considered a poor man’s food and the upper classes didn’t deign to snack on them much. However, today the tables have turned and oysters are a delicacy most of us tend to enjoy! Will you be choosing the Light or the Dark side on your next round of snacking? 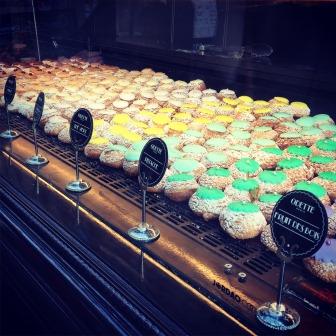 The French dessert ‘Pets de Nonne’ translates rather bizarrely: the English version is ‘Nun’s Farts’ although there is the more PC version of ‘Nun’s Puffs’. This dessert pastry is made with butter, flour, sugar, milk, and eggs, then deep-fried and baked. It is said that the lightness of this sweet is what inspired the name – implying that nuns, if they fart at all, only do so in light, airy toots. I have no idea the veracity of this, but if anyone knows a nun, please confirm!

What are some of your favourite dishes with funny names from around the world? Share with us which tasty treats make you drool, and laugh, all at the same time.

Comments on Foodie Language: 5 Dishes From Around the World With Succulently Surprising Names