Questioning the Past: The Vocabulary of Crazy

Human behaviour is notoriously hard to predict, being influenced by a variety of internal and external factors, making it also tricky to describe and define. What drives us to behave the way we do, and what constitutes ‘correct’ or ‘incorrect’ behaviour? Each society tends towards certain ‘norms’, a shifting set of codes generally given tacit agreement by the community. Breaking these norms could see you branded a criminal, or crazy. Transgressors must receive punishment or treatment, in some cases, literally cast out of society to prevent the spread of ‘social disease’. These norms, while sometimes very restrictive, also have helped to provide the vocabulary we use to discuss character traits which are valued, or discouraged, by society. Particular focus is given to terms describing behaviour seen as aberrant, deviant or distasteful. Put simply, we have a rather broad vocabulary of ‘crazy’.

Luckily, times are changing. Our means of trying to better grasp human behaviour improve daily, thanks to massive advancements in medicine, technology and in our basic approach to behaviour. Where we once attributed our behaviour to the heavens, or to otherwise intangible ‘humours’, we now look to the brain, our hormones, to our social environment, or any combination of the like. This shift in perspective has rendered some of our past language as offensive or obsolete. It is with this in mind that we attempt to explore some of the language which has fallen behind in our drive to understand what it is that makes us tick.

It all starts with the moon

Lunatic, once a word found inscribed in law, has now been abandoned in favour of more clinical, scientific terms. Used as far back as the 13th century, this word likely comes from the Latin lunaticus, meaning “moon-struck”. The belief that people’s moods are influenced by the moon can be found all over the world, with philosophers such as Aristotle claiming that the full moon induced insanity by bringing unwanted illumination to nights better left dark. What might he then think of the cacophony of light filling our towns and cities, or the digital fireflies found flashing in almost every modern bedroom? 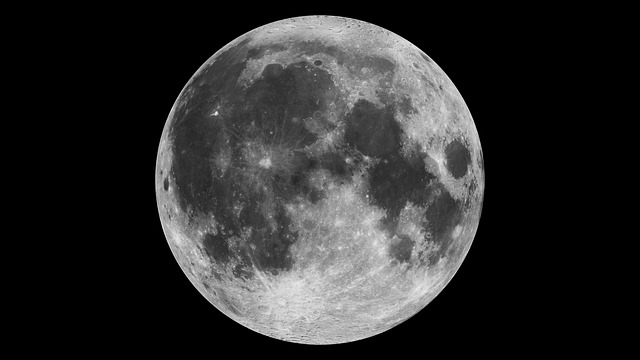 Our relationship with the moon and its supposed effects on our mental state is one of the longest enduring primal myths. In a time with no artificial light, with no clocks and no calendars, no telescopes and no spaceships, the moon must have spoken directly to the very core of ancient human beings. Unlike the sun, which we cannot observe directly, the moon is awesome in its visibility. For some, the moon allowed them to keep track of the passage of time, when to plant and harvest crops for example. For others, this terrible satellite would loom over early human settlements, bringing shadow and fear in its passing. Above all other phases of the moon, the full moon registers most strongly in our minds as the harbinger of insanity. Myths such as that of the werewolf persisted for centuries and later transformed over time in to the “full-moon effect”, the idea that crimes rates rose during full moons.

For these reasons, and more, was the word lunatic used for so long and in so many formal, legal documents used to describe people with severe mental illnesses. It was only in 2012, under President Barack Obama, that the word lunatic was removed from all federal laws in the United States, whereas in the United Kingdom it was used in laws up until 1930.

The true meaning of hysteria

One word which appears in the media frequently is hysteria. Generally used to describe a momentary loss of control over ones emotions or to be in a state of manic excitement or panic. This word stems from the Greek hysterikos, meaning “of, or suffering in, the womb”, and has a sordid history of sketchy science and repression. Thinkers as far back as Plato regarded a woman’s womb as being a separate entity to the woman herself, which could wander around her body bumping in to things. This of course caused a variety of problems generally considered to be signs of ‘hysterical suffocation’. Typical symptoms of this ‘errant organ’ included irritability, anxiety, fainting and sexually forward behaviour. The wandering womb, on it’s journey around the body, also caused a build up of the “humours”, or fluids, in the womb and this was also blamed for manic and melancholic episodes. Such a broad array of symptoms were likely to be a combination of separate mental health issues all lumped together, underpinned by the prevailing culture of patriarchal oppression.

Despite appearing to be a rather complex illness, there was only one viable course of action. The symptoms of hysteria could only be alleviated through sexual intercourse. Specifically, heterosexual, marital sexual intercourse. For the most part this perception persisted until modern times, deviating most notably during Medieval times when Europeans attributed this alleged affliction to demonic possession. This is ‘gaslighting’ writ large.

While vigorous sex with your husband was the preferred ‘cure’ for hysteria, it was felt those most susceptible to it were unmarried women, especially widows and nuns. Lacking a husband, or the chance of one, the only solution remaining was ‘genital manipulation’ by either a physician or midwife. It was, of course immoral and unchaste for a woman to ‘self-medicate’, so control over women’s behaviour and sexuality remained in the hands of others for a long time to come. While debate raged for hundreds of years over the morality of who exactly should perform this arduous task, the association of irrational, over-emotional behaviour with women was being constantly reinforced by the use of hysteria as a diagnosis for any unseemly behaviour from females.

Hysteria is thankfully no longer considered a real mental illness, thanks to the development of the scientific method and the field of psychiatry, however the negative connotations of the term persist to this day. It was used to undermine women’s liberation movements in the 19th and 20th Century and even today we use the term to discredit people (mainly women) in the public sphere. We also still use the term mass hysteria to describe irrational group behaviour. With such a seedy history, it’s safe to say that it may well be time to bin the word hysteria.

The vocabulary of crazy

Let’s take a look at that most commonplace of mental health terms, the word crazy. It entered the English language around the late 14th century via the Old French word crasir, a verb meaning to crush or shatter to pieces. By the early 1600’s it had already come to be used to describe those of ‘unsound mind’. Carrying with it neither explanation nor empathy, this term implies not only a fixed mental ‘form’, but also a subsequent lack of function in anyone labelled with it. Now ubiquitous, it’s meaning has extended beyond an irreparably damaged psyche and is employed instead as a catch-all adjective. Somewhat ironically, its use is chaotic and unusual, a generic superlative with loaded with commonplace hyperbole. While it is deeply entrenched in modern English slang, there have been calls recently for people to re-evaluate their (over)use of crazy, as many feel serious mental health issues are being further stigmatised or trivialised. The word crazy can seem arbitrary and absolute, to be crazy is to be broken after all. A broken person is useless at best.

The archaic origin of the word crazy can be seen in a different light, however, when we take a look at the Japanese art form of kintsugi. Kintsugi is the art of repairing broken pottery with lacquer mixed with gold, silver or platinum. In this way not only is function restored to the broken object, but the damaged area is highlighted and given a beauty of its own. As a philosophical exercise, kintsugi shows us that damage is just part of normal life, and that the way we repair the damage is worthy of celebration. In fact, overcoming injury helps show our true character, hence the cracks being filled with a golden lacquer. Function can be replicated but personal history, our trials and how we overcame them, that is what makes us interesting, that is what makes us beautiful.

Whichever words we use, it is important to remember that by approaching mental illness with empathy, rather than fear and derision, we can help soothe minds in turmoil, rather than ostracise and ridicule. Let us celebrate the weird and wonderful, while helping those in need with open hearts.

Comments on Questioning the Past: The Vocabulary of Crazy