4 Life or Death Tips for Travelling in Italy

Is using the phrase ‘life or death” in the title bordering on clickbait? I should hope not, because matters of life and death when travelling in Italy should always be dealt with in a serious and sober manner. Well, not too sober! And not too serious either. Yep, definitely clickbait! 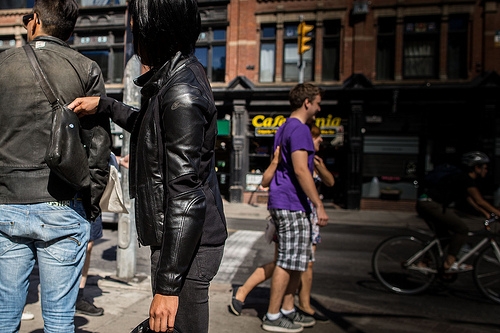 Caught in the act of pickpocketing. Free image by Kat Northern Lights Man from Every Stock Photo

Hilarity aside, your general attitude when travelling abroad is a barometer on how others will treat you. It’s the universal laws of attraction. If you act like an idiot abroad, you will receive a severe spanking with the idiot stick at some stage of your travels and it could be painful. In some cases, it can be deadly. Even Karl Pilkington knew when to shake his cue-ball head and walk away. Here are 4 life or death tips for travelling in Italy that could save you from a stomping or some form of physical harm.

Watch your pockets in Naples

Everyone loves a good old fashion stereotype. French always wear onions around their necks. All the English have bad teeth. All Argentines are meat eaters. Thai women are good to the lads, and so forth. In some cases, the stereotypes are right on the money, but in most cases couldn’t be further from the truth. Unfortunately, the stereotype of being pickpocketed in Naples does hold some water. Don’t get it twisted, Naples is a safe place to visit, but it’s probably a good idea that you wear skintight cycling shorts with no pockets when traversing the city.

Naples is actually a stunning city in the southern reaches of Italy and is generally safe, just keep away from dark alleyways in the Spanish Quarter of the city or near to the train station and your pockets should remain uncompromised.

Having said that, as Brits, we sometimes assume pickpocketing is a problem reserved for a few tourist destinations in southern Europe, but the problems are actually closer to home than you would imagine. During the 2012 London Olympics, pickpocketing incidents in London rose to almost 1,700 per day. So it seems that Brits might be more used to the art of pickpocketing than originally thought. The Artful Dodger springs to mind.

Be careful not to upset any chefs in Italy. Free image by Sara Björk from Every Stock Photo

Chefs in continental Europe have a reputation for being a little unstable. In fact, some Italian chefs make Gordon Ramsay seem like Gandhi. When he was alive. Do not ever under any circumstances ask a waiter in an Italian restaurant for the brown sauce to spice up your pesto pasta penne. Don’t even complain about the food. Keep tight-lipped. If you don’t like the food, just understand it’s our unsophisticated palate and let it slide. Complaining about the food could result in you being hit by a low-flying colander.

Why did the Englishman cross the road in Rome? To replicate an army assault course. Although us Brits might have a reputation for enjoying a few drinks and getting a bit rowdy, when it comes to driving on the road, we really are polite and unthreatening. Like Hugh Grant before his incident.

Do you remember when your Borstal teacher taught you to always look both ways before crossing the road? Never has that morsel of information been more important than when crossing the road in Italy. Italian drivers are hardly the most rigid in terms of following road traffic and safety rules. It is not uncommon for cars and bikes in Italy to be travelling the wrong way down a one-way street. Always look both ways on the roads when travelling in Italy! 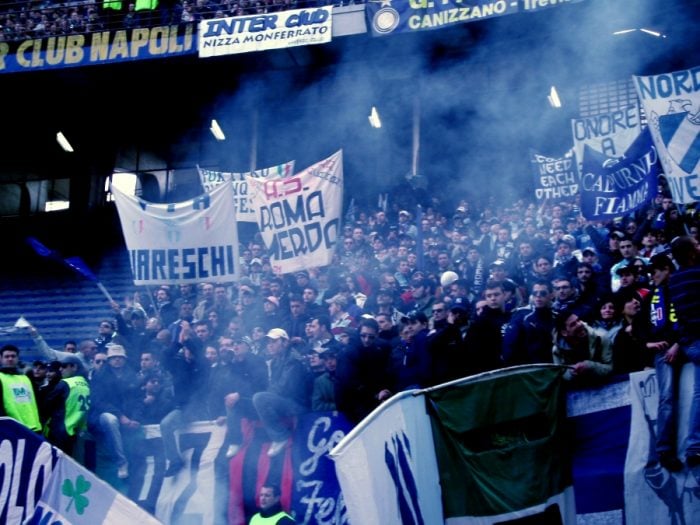 Keep away from Lazio Ultras

If you are travelling through Italy and are fortunate enough to catch a Serie A football match in Rome, keep your wits about you. Did you know that AS Roma is not the only major football club in the Italian capital? Lazio is the city’s second club, and they are actually just as popular as Roma.

The one thing that sets Lazio apart from some of their contemporaries is the club has a massive hooligan contingent that some call the Lazio Ultras. They are not to be messed with. The Ultras have so much power at the club that they demand to be heard. There are even cases where the Ultras bum-rushed the pitch to confront certain players who weren’t pulling their weight. And they adore their own players. So imagine what they would do to a goofy Englishman trying to converse with them in pigeonhole English or Italian. It doesn’t bear thinking about.

In most cases, potential problems can be counteracted just by being able to speak a few words of a local language. Learning Italian could not only open up a new world of culture, cuisine, and class but can also be handy for diffusing any situations while travelling in Italy to explore this historic country on holiday. Keep safe folks. Arrivederci!

Comments on 4 Life or Death Tips for Travelling in Italy