5 Reasons Why You Should Move to Singapore

There are pros and cons to living in any country in the world. Heck, there are pros and cons to staying in the hometown where you were born and raised! However, when moving to a country like Singapore – a nation with a vastly different culture and way of life – you may want to weigh your options a little more carefully. Your friends and family might think you’re crazy for even considering moving to a country where chewing gum is banned, but the truth is life in Singapore offers quite a lot more benefits than your average American city. So check out the 5 reasons why we think you should be moving to the Lion City, and start packing your bags!

1. Singapore is clean and safe

On a worldwide scale, Singapore easily ranks as one of the top ten safest and cleanest nations on the planet. While a police officer won’t punish you for chewing gum, you will be heavily penalised if you dare toss it (or any other trash) on the street.  The same goes for eating, drinking, or littering on public transportation. Sure, the cops can’t catch everyone, but if they do, trust me when I say the punishment can be very painful. This no nonsense approach to crime is also what makes Singapore such a safe place to live. Criminals are captured, caned, and carted off to jail or deported back to their home countries if they’re immigrants, with no exceptions. Singaporeans have also been raised in an environment where following the rules is natural, and after living there for some time it won’t seem strange to you to do the same.

2. Singapore has a low tax rate

Compared to many other nations (especially Western ones) Singapore’s tax rate is pretty low. Employment income is taxed at about 15%, but if you are there for short-term employment you are exempt from paying any tax whatsoever. Low taxes is precisely what has made Singapore a millionaire’s dream. Eduardo Saverin, the co-founder of Facebook, famously gave up his U.S. citizenship in 2012 and became a permanent Singapore resident – no doubt in a move to avoid the United States’ bizarre method of double taxation (and a tax rate of around 40%). It’s pretty easy to be a millionaire in Singapore precisely because you don’t have to pay huge taxes on your income. Which might be why Singapore is the country with the world’s densest population of millionaires – somewhere around 17% of the population. 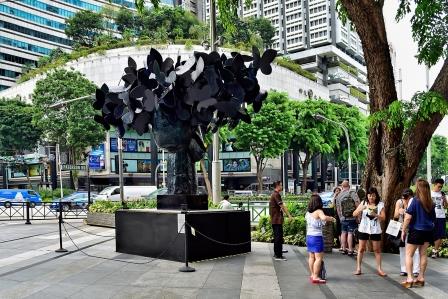 One of the best things about living in Singapore is that the weather remains relatively the same all year round. You may be wondering why this is a benefit, so allow me to explain. There’s a local joke that says there are two seasons in Singapore: summer and winter. This is because the weather tends to remain hot and humid throughout the year (and very rainy) which is why Singaporeans love blasting their ACs. You walk outside, it’s summer, you go inside, it’s winter! Get it? The great thing about having the same weather no matter what time of year it is is that you can pack away your winter clothes (or give them away) and wear the summer items all the time. Gone are the days where you have to pull your bulky sweaters out of storage when fall hits, here are the days of sunglasses, sunscreen, shorts, and flip-flops!

Learning Chinese? Check out our free Chinese placement test to see how your level measures up!

In most Asian countries, a multi-cultural society can be hard to find, which is why Singapore stands out from its fellow nations. There’s something very special about being able to live in a society where you can find people from around the world all residing together in harmony. Even better, your choice of which religion you wish to practice is held up as something to be highly respected. You’ll never find religious dissonance. Christian churches exist in harmony next to Hindu temples, and while I was living there a local church even sent the next door temple a gift during a Hindu religious holiday. In Singapore you are free to practice any part of your culture, as long as what you’re doing isn’t outside the parameters of the law.  And Singapore celebrates all holidays so you’ll get time off during Diwali, Chinese New Year, AND Christmas! 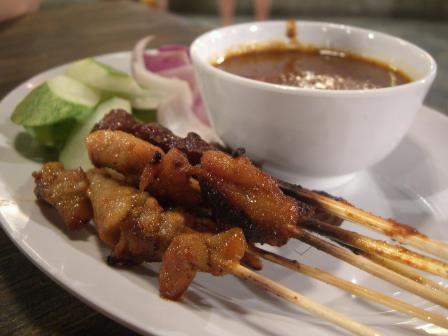 5. Singapore is a food paradise

There’s a common saying in Singapore that claims the two national pastimes are shopping and eating. The latter is without a doubt true! Singaporeans love their food and an amazing foodie culture has sprung up around that passion for all things tasty. At local hawker centers, or food courts, you can find cheap, delicious food that’s a combination of Malaysian, Chinese, and Indian, or you can try out a variety of Singapore’s more expensive but incredible restaurants. Drop in to Little India for delicious authentic Indian food, or head to Chinatown to get your fill of Chinese treats. Your options are endless and the best part is that Singapore is now catering more and more to vegetarians so you can find Japanese, Chinese, and a variety of other cuisines that or for the non-meat eaters too! Things No One Tells You About Moving to Mexico Read more
See more articles about Culture, Education, Hints and Tips, Relocation, Work Abroad