Language barriers are proving to be a great obstacle for the UK army operating in foreign regions, and as a result, new secondary language requirements are being put into place.

The army recognizes miscommunication and misunderstanding of different cultures as a cause of many errors in their foreign campaigns. As such, they have set out to increase the amount of soldiers who have basic fluency in a foreign language, alongside cultural knowledge of the people who speak it.

Incentives to Increase the Number of Soldiers with Foreign Language Capabilities

The army is trying to encourage soldiers to learn a secondary language by making it a requirement for promotion. This month it was reported in Soldier Magazine, the UK Army’s internal magazine, that by 2018, soldiers without basic capabilities in a foreign language would not be able to be promoted to a rank above captain.

The Army’s official site explains its system of ranks, seven of which are above captain: which soldiers without skills in a secondary language will soon not be able to obtain. Along with the increase in rank and recognition comes a substantial pay rise, yet another incentive for soldiers to add another language to their repertoire.

The army is focusing their efforts on French and Arabic Languages, as these are the languages most widely spoken in North Africa and the Middle East: the location of many serious conflicts.

These, however, are not the only languages being accepted and officers are permitted to demonstrate capabilities in other foreign languages to comply with the new regulations. Language training programs provided by the army, however, will mainly be offered in French and Arabic.

Reasons for the Focus on Secondary Language Proficiency

Senior Commanders have expressed concerns about army members not understanding the languages or appreciating the cultures of the foreign countries they enter, leading to many easily avoidable mistakes.

Ben Farmer’s article in The Telegraph quotes a senior officer stating how in his great grandfather’s day, armies spoke the languages and understood the people of the areas they were fighting in.

The army seeks to focus not on soldiers speaking foreign languages with expert fluency, but in having a basic conversational understanding of the language and awareness of the culture in order to communicate effectively with the native people. A lot of emphasis is put on understanding the culture as well as the language.

Training Programs in Place for Soldiers to Learn Foreign Languages

Training for this new initiative will be provided by the Defence Centre for Languages and Culture at Shrivenham. The centre does not offer a large number of courses. As mentioned before, the focus will be on French and Arabic language instruction. The only other languages offered are Russian and Spanish.

Looking to test your French, Arabic, or other foreign language skills? Take a free online language level test and receive your results instantly!

If the candidate is looking to learn another language not offered, or to learn a second language before joining the army, there are many other great opportunities available. Language Trainers offers a wide variety of languages with competitive rates and many locally-based teachers for convenience.

The UK Army Is Not Alone in Lacking Second Language Skills

Members of the army are not the only ones lacking secondary language skills, and this seems to be a problem across the country. The All-Party Parliamentary Group in Modern Languages acknowledged that the UK’s lack of language skills is losing the country over £50 billion annually.

Moreover, British schools are no longer focusing on strong secondary language skills. This is producing many candidates into the working world who are not qualified for many of the jobs available, because they require fluency in a foreign language.

Domestically, jobs are going unfilled and the country is losing out on many international EU deals, all due to a lack of language skills. Schools are beginning to put plans into place to address this issue, making requirements more stringent for secondary languages in educational institutions.

With both the army and schools beginning to address the current monolingual culture in Britain, hopefully the population will be more able to breach the language barrier gap between Britain and the rest of Europe in the near future.

This problem affects the whole nation, and even with the current efforts employed, the entire population should be encouraged to pick up a foreign language and enjoy the benefits of cultural diversity. As it was once said by the late Nelson Mandela, ‘If you talk to a man in a language he understands, that goes to his head. If you talk to him in his own language, that goes to his heart.’ 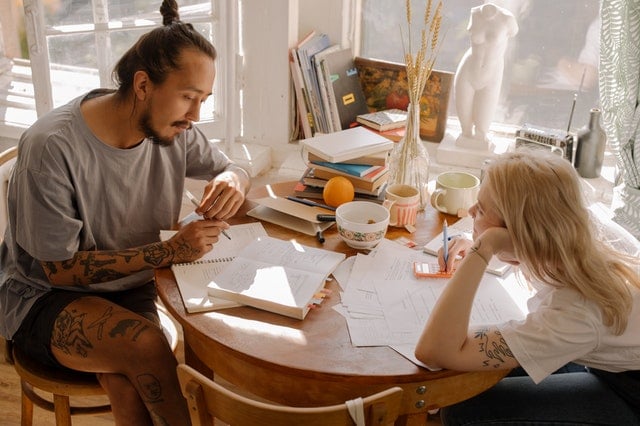