Choosing a Language that’s Right For You

Whether you’re a beginner or an advanced linguist, we will all have been at a point where we’ve had to ask the question: ‘What language should I study?’

It might not seem like a big deal, but learning a language can require both money and a lot of time, so it’s important to select something you are willing to invest in. In order to choose the most appropriate language for you, make sure to ask yourself these questions before you get started. 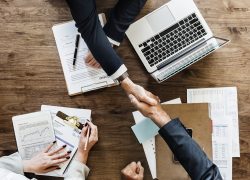 Why are you studying a language?

Identify your motives for studying a language. What are you hoping to do with it? Are you planning to extend your career with it? Or perhaps you want to study languages out of a genuine passion for the subject. Maybe you’re a big fan of a country’s music, or their literature, or their food, or maybe it’s because of a celebrity you admire.

Whatever the case, be clear of your motivations, and make sure that the reasons for you to study a language are compelling enough that you will be able to reach the level you want to achieve. Studying a language is a marathon. You will go through several ups and downs along the way. When the going gets tough, you’ll need both the stamina and the dedication to finish the journey.

Even if you have decided that you’re studying a language purely for professional purposes, it’s still a good idea to look for something in the country’s culture that you will be interested in.

Languages are inextricably linked to culture. They are a method of expressing a whole new mentality, and a language learnt purely through grammar and vocabulary, without the context of culture, is a flat and lifeless one. That’s not to say you can’t learn a language that way, but it will be quite a meaningless exercise, especially if your aim is to become fluent.

In short, you can’t really avoid the cultural aspect of language learning, so you might as well find something about it which you will actually enjoy.

Which languages do you already speak?

This is an important question which might help you consider where to get started.

Languages are generally categorised into two broad groups: languages which rely on alphabets (European, Arabic languages), and languages which are based on pictorial symbols and characters (found most commonly in Asia).

If you speak English, for example, then you might want to start by looking at languages which also follow an alphabet, or share a similar alphabet to it, such as French or German. You could also look at languages which largely resemble each other. For example, if you’re a Spanish speaker, you could consider studying Portuguese, or Italian.

Think about how you can build on your knowledge of your current languages. If you’re fluent in Chinese, then Japanese might be a better option for your next language than Korean. Whilst all 3 languages are character-based, Japanese uses large numbers of Chinese characters (kanji), whereas Korean adopts a different system altogether.

Of course, if you want to learn a language which is completely different to anything you already speak, then don’t be afraid to do so. Whilst there may be more difficult obstacles at the start, the satisfaction that comes with it is infinitely greater.

How immersive will your learning environment be?

Or, in other words, how easy would it be for you to learn the language?

If you’re travelling to France, then your environment will be much more immersive, because it’s more likely that you will be forced to use French. You are more likely to progress faster with your language learning.

Not everyone who studies a language will necessarily make routine trips to that country – and this is where your interest in the culture will come in. Are you interested enough to immerse yourself into another linguistic environment? Will you be able to incorporate your chosen language into your everyday life, through listening to music, watching films, reading literature or articles, or practicing with another speaker? Or will you do no more than an hour a day with your tutor, and just 15 minutes of vocabulary memorisation?

So think carefully before you start. How can you make your linguistic journey the most engaging experience you can to speed up your own learning?

That’s all for today, folks! We hope these questions will point you in the right direction before you start learning your language. Why did you study the languages you did? Share your story and why you speak the languages you do in the comments below. We look forward to hearing from you!