Does Multilingualism Encourage Separatism? A Look at China and Tibet

Posted by Katie
See Author's Bio
May 5, 2016
Filed under Chinese

As manifold as the benefits for a bilingual education are, not everyone tends to look so favourably on the use of multiple languages in schools. One recent instance of this is the jailing of Tibetan entrepreneur Tashi Wangchuk by the Chinese government for his advocacy of multilingual education. From the point of view of the government, bilingual education divides instead of unites, while Mr. Wangchuk sees local languages in schools as serving a vital role in keeping cultures alive. So which is it? Can multilingualism separate instead of bond? Wouldn’t humanity be more united if we all spoke a single tongue? Let’s take a look and see! 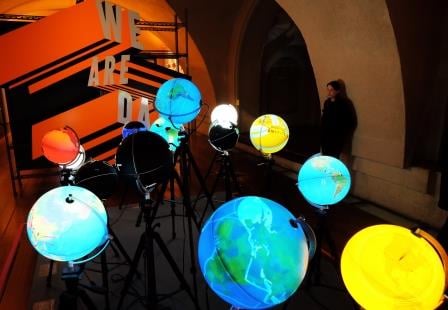 One world, one language

Let’s imagine just for a moment what the world would be like if we all spoke the same language. Already with the widespread use of English we are starting to see a globe more dominated by a single tongue, but even then thousands of other languages continue to exist and thrive. However, what would the world be like if we all spoke English (or any other language)? Would it be better? Worse?

There are two definite sides to the debate and pros and cons to each. On the one hand, some believe that a single language would lead to less conflict. In a world with only one language, language barriers would cease to exist. Offending someone because something got lost in translation would rarely happen. And, since language affects the way your brains work, we’d all be more prone to culturally think alike, eliminating cultural clashes. It would be easier for us to relate to people on the other side of the globe and countries would start to develop more similarities than differences. Sounds pretty amazing, doesn’t it?

One language, a hundred problems

The only problem, experts argue, is that there is no guarantee a single global language will indeed decrease conflict. In fact, some of the most volatile hotbeds of violence and war in the world are in areas where clashing forces not only come from similar cultural backgrounds, but also speak the same language. Speaking the same language doesn’t always indicate a sense of unity. We are all humans after all and it’s unlikely that the human penchant for war would be deterred by a common tongue.

Furthermore, uniting a state, country, or planet under a single language banner would result in the loss of countless cultures. Diversity of languages increases human knowledge. Through multiple languages we are able to see the world in different ways. Providing children with a multilingual education is to impart on them a more tolerant viewpoint of the world around them. A multilingual mind is more adaptable to foreign cultures and more empathetic of others. So, while it may seem that learning another language along with your national language could end up creating division, it actually contributes towards a more harmonious society. 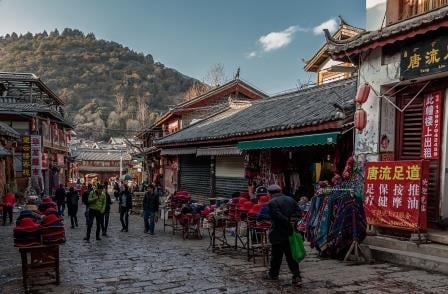 One man, one government

It would seem, then, that there has been a bit of an overreaction in Mr. Wangchuk’s case. From a cultural aspect, his argument for multilingualism in schools in Tibet holds strong. He believes that unless the Tibetan language is learned in schools, the culture will eventually be dominated by Chinese and completely lost. And while Wangchuk has never made a call for Tibetan independence, he has voiced his belief that the Chinese government should invest in keeping the Tibetan culture alive and flourishing.

To some extent, his belief makes sense. After all, you would assume that a country of China’s size and population would be home to many unique cultures. A nation like this would surely pride itself on diversity rather than homogeneity. We are talking about a country in which around two-hundred different dialects are used and spoken across the nation every day! Unfortunately, this still doesn’t translate into a distinct need for bilingual schools – both on the Mainland and beyond. As it stands, allowing schools in Tibet to teach Tibetan as a second language is still considered expensive and unnecessary. Perhaps then, the problem isn’t that the Chinese government believes multiple languages will cause division; it’s that they don’t like being called out for their lax approach to bilingual education in general.

What do you think? Should dialects or local languages be a necessary part of the educational process? Do you think language unite or divide? Should we have only one global language? Share your thoughts!