He, She, and… “They”? The Rise of the Gender-Neutral Pronoun

Gender used to be a word whose definition was restricted to “he” or “she”. Over time, we’ve started to realize that there are many ways to express yourself and your gender identity. Celebrities like Ruby Rose from Orange is the New Black have spoken openly about gender fluidity and what it means to feel like you don’t fall into a single neat little gender box. While the fact that we are having these conversations is great, it has created something of a language debate. A politically correct culture demands that we call everyone by the proper pronouns, but sometimes knowing exactly what word to use can be a little confusing. Should you say “he”? “She”? Or should you stick with a neutral “they” or “them”? 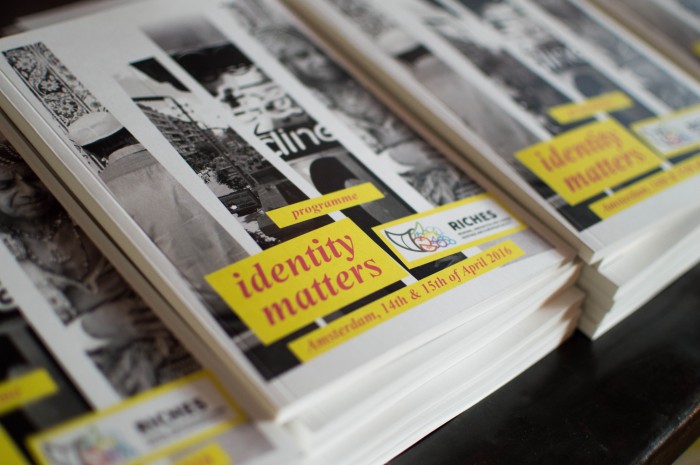 As new and fresh as the gender fluidity debate may seem, people have actually been looking for gender-neutral pronouns for years, nay, centuries. In 1808, English poet Samuel Coleridge suggested that “it” and “which” should replace standard gender pronouns so that either sex could be expressed in an indifferent manner which didn’t differentiate. Of course, Coleridge’s time was very different from the one we live in today. Back in those days transgender, androgynous, genderqueer, or even gay or lesbian were not as accepted as they are in society today. This means that in our modern pop culture, as gender fluidity continues to expand in the human consciousness, we are actively seeking out new gender-fluid pronouns.

Why exactly is it so important to have gender-fluid pronouns? Well, the obvious answer is so that everyone, regardless of how they identify, feels represented in our use of language. However, an even starker point of view might be that we need new pronouns so we can start to phase out the old ones. Even today, stereotypes as to how men and women should behave according to their gender have been cemented into our way of life. A study done in preschool classrooms in 2008 and 2010 revealed that when a teacher greeted his or her students as “boys and girls”, the children were much more prone to adopt intense stereotypes regarding gender. Verbally dividing the kids up into two distinct groups of male and female made them more aware of traditional gender roles.

The vagueness of “they” or “their” might just be one of the solutions to helping create a mode of speech less prone to stereotypes and more sensitive to gender fluidity. If you find it hard to imagine replacing the standard “he” and “she” pronouns with “they” or “their”, you’re probably not aware that you’re already doing it! How often have you said: “their wallet” or “their keys” instead of “his/her wallet” or “his/her keys”? See? You’re using gender-neutral words already! Of course, we still have a long ways to go, but it bodes well that popular shows like HBO’s Girls are bringing up the issue, celebrities are opening up about it, and that mainstream media is trying to bring “they” into the language fold. Even the American Dialect Society voted “they” as their 2015 Word of the Year because it helped those “rejecting the traditional gender binary of he and she” to express themselves in a better way.

However, not everyone is quite so happy with the use of a word like “they” to express gender-fluidity. Some consider it the verbal equivalent of a shrug – they believe that it implies the person using it does not know their own gender. In many cases even those who don’t identify as the traditional “he” or “she” is secure in their gender identity. For this reason “they” is a frustrating word because it ascribes too much vagueness to the issue. It allows for too much interpretation on the part of the listener who is more likely to view a gender-fluid person as confused about their identity when this may not be the case.

Perhaps over time we will develop a unique term for gender-neutrality. Although grammar geeks claim that pronouns are something of an elite club where the entry of new words is unlikely, we know that language tends to evolve consistently alongside culture and society. It is a good sign that we are eager to discover better ways of expressing our gender identity, maybe we just need to wait for our language to catch up!

What do you think would be a good, gender-neutral pronoun? Do you think ‘they’ does the trick? Share your thoughts!