Strange (and Fun) Festivals From Around the World

There’s no better way to experience another culture than by attending a festival. From Mardi Gras in New Orleans to Holi in India, there are plenty of amazing festivals all around the world. Some, however, tend to err more on the wacky side and can seem completely crazy to the uninitiated traveller. Curious to find out what are some of the weirdest (and most fun) festivals from across the globe? You’ll be adding these six to your list of ‘must-sees’ by the end of this article! 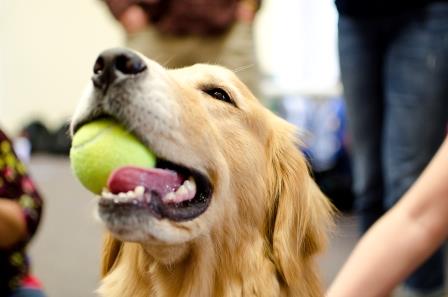 If you’ve got a soft spot for dogs, then prepare yourself for the cutest party in the world! Scotland is the ancestral home of this particular breed and once a year golden retrievers gather from all around the world to celebrate in a truly furry fashion. There’s a dog show, human and golden jigs, and, of course, group photos galore. They may say Disneyland is the happiest place on Earth, but I think this particular festival poses some serious competition for the title!

It’s time to break out your childhood supersoaker for the largest water gun fight in the world. This isn’t a small event as every year in April all of Thailand goes completely nuts with water guns! Songkran is an important Buddhist festival and the nation’s traditional New Year’s Day. Ringing in the New Year by having some good ‘ol water fight fun? Sign me up!

This can be the chillest, or the most terrifying, festival in the world, depending on how you look at it (and if you’re afraid of heights). Self-named ‘slackers’ gather to spend their days and nights nestled in hammocks suspended hundreds of feet above the Italian Alps. Somehow this festival also features a kitchen, bar, and musical performances, but I’m not sure that’s quite enough to get me to participate in such a daredevil activity! 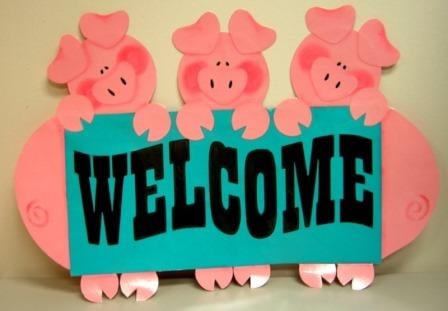 4. Festival of the Pig – France

People seem to be particularly passionate about their swine in the small French town of Trie Sur Baise, because once a year a festival is held in honor of the pig! Trie Sur Baise used to be home to one of the nation’s largest pig markets, and locals are pretty proud of that. This festival may not be recommended for vegetarians or vegans as, obviously, the main food of choice is pork. However, there are other activities like a piglet race (which pits the fastest runts against one another) and the pig-squealing championship where people do their best imitation of their pink animal friends.

If you ever dreamed of pulling a reverse Ariel (from ‘The Little Mermaid’) and turning from a human into a mermaid or merman, then this is the perfect festival for you! The festival is held once a year in North Carolina, and merperson wannabes gather from all over to take part in workshops teaching proper underwater breath holding and to meet professional mermaids (yes, there is such a thing). It’s also a chance to show of some ornate fins as some merperson tails costs thousands of dollars! 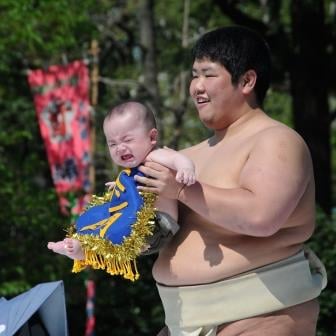 It seems Japan always knows how to outdo everyone else with some of the weirdest, whackiest, and most wonderful festivals! Konaki Sumo is no exception and involves sumo wrestlers and…babies. This festival is held in April in Tokyo and involves sumo wrestlers holding babies aloft and trying to make them cry. Whoever is holding the baby who first starts crying wins. Supposedly, a good long cry drives away evil spirits. So the more temperamental the tiny tot is, the better!

While most festivals and celebrations from around the world tend to have a few things in common, it’s always fascinating to discover those strange ones that stand out from the rest! While you probably will never be able to see all the crazy festivals in the world in person, hopefully these six have inspired you to get out there and witness a quirky celebration or two.

Have you taken part in any particularly wacky festivals? Share your experience in the comment section below!