Take a break, improve the internet

Software developers, psychologists, sociologists, linguists, designers.  Many people of different occupations spend a lot of time trying to work out how people’s brains work, what things we associate with which other things, and how to make our everyday lives easier and more intuitive.

A lot of internet-based programs aim to be as human as possible in their responses.  For example, if we put only two or three words into a search engine, it will try to give the most logical responses possible.  The methods behind it are complicated, but there are ways to help.

One way is to play the addictive games on Gwap.com.  By playing games that combine audio, visual, and linguistic components, developers can try to pinpoint the ways that humans think.  Which pictures are the most attractive?  Which words does everybody use to describe a certain thing?  How do people describe music?

The results of the games will be used to tag images, music, and more, and hopefully make them easier to find for others in the future.

Take a break from the study, and see which words come to mind.

Comments on Take a break, improve the internet 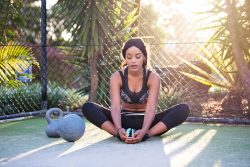