This is my love person

Posted by Wendy
See Author's Bio
May 13, 2011
Filed under Culture

One of the things I find fascinating about languages is connotations. Even if some languages (or even cities or countries) share the same words, the common meanings may be completely different.

Today I learned that in China, you can use the term 爱人 (àiren, literally love person) to mean your husband, wife, partner, sweetheart. A man can introduce his wife to people as his àiren, and the wife can do the same. I find this quite sweet and, as a person who severely dislikes most terms for ‘significant other’ in English (including partner, other half, better half), I think it does the job quite well. There’s also the added bonus of not having to define your relationship to strangers (yes, there’s a stigma about not being married in a lot of places).

Unfortunately, the same phrase in Japan translates to the English meaning of lover. This conveys a somewhat illicit meaning, a mistress, affair, or some other kind of secret relationship. Imagine the staid Japanese coming to China and seeing people introducing their lovers in such a casual way!

Do you know of any other interesting differences in connotation? 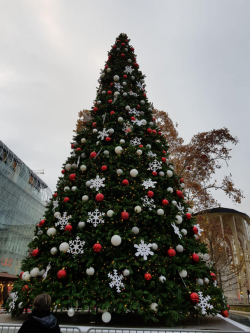