Not quite the same – speaking similar languages or dialects

I’m currently in a situation where I speak a dialect to a moderate level, but the main language to a lower level (Cantonese and Mandarin, respectively).  I understand more Mandarin than I would otherwise, because some words and structures are very similar.  But listening comprehension doesn’t always mean oral proficiency, and it can be difficult to reproduce the unfamiliar words, especially in tonal languages.  I know that the pronunciation is different, but I don’t often know how it’s different.  I haven’t come across too many false friends yet (where a foreign word is similar to a word in your native language, but it means a totally different thing), but I’m sure they will arise.

One way to bridge the gap is to try the word in your own language, and sometimes the native speaker will understand you.  My Cantonese-speaking friend has had mixed success with this method in Mandarin-speaking cities, but it seems to work for quite a few food items, which is the important thing!

Do you speak two languages that have similarities (e.g. Spanish and Italian)?  I’d love to hear any suggestions you have for successful communication in both.

Comments on Not quite the same – speaking similar languages or dialects 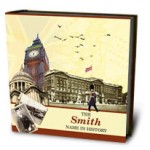