Flipping the Script: How and Why Languages Change Their Alphabets

Recently Kazakhstan declared its intention to change its alphabet from Cyrillic to Latin in a decree signed by President Nursultan Nazarbayev. This will be Kazakhstan’s third change in 100 years and the transition is set to be completed by 2025. In light of this change, the question comes to mind: why ever would a language change its alphabet? That’s precisely what we are going to look at, bearing in mind a few other languages that have also undergone similar transformations.

The case of Kazakhstan

The first place to start in understanding Kazakhstan’s perspective and reasoning is to look at utility and the technological constraints of using Cyrillic. The biggest contemporary factor being that keyboards are designed with Latin script in mind, and it can be difficult to adapt them to other scripts without losing some functionality. This can also be seen as a more general effort to modernise and Westernise the country.

“Given that over 100 countries in the world use the Latin script, it is crucial for Kazakhstan’s integration into the global educational and economic environment,” said Gulnar Karbozova, Lecturer at Auezov South Kazakhstan State University.

In doing so, Kazakhstan will join other countries such as Uzbekistan and Azerbaijan, who have all switched to Latin after the fall of the Soviet Union in 1991. The transition has not been so smooth in Uzbekistan, who switched over to a Latin-based alphabet in 1992. Despite adopting a Latin script, Cyrillic is still widely used to this day, even on government publications. 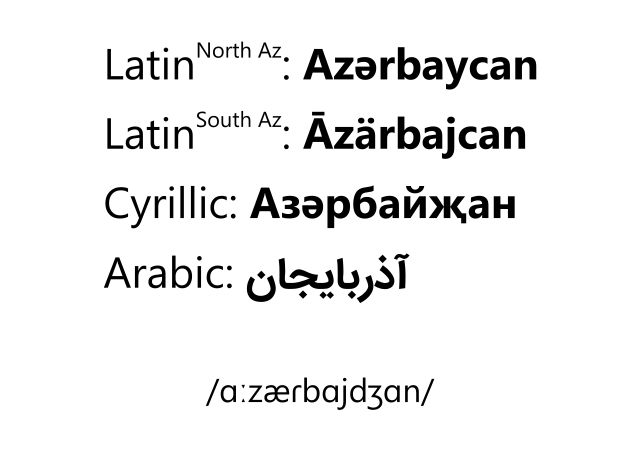 The case of Romania

Changing an entire country’s alphabet is clearly no mean feat and isn’t just restricted to post-Soviet nations looking to distance themselves from their former masters. Romania and Turkey have also made the switch to Latin.

Romania also switched from Cyrillic to Latin, albeit in 1860-1862, in a complex move reaffirming Romania’s Latin roots as well as stating their cultural identity at a time when they were surrounded by three hostile empires. In order to help facilitate a smooth transition, Romania actually employed a transitional alphabet using characters from both scripts before officially making the change.

The case of Turkey

In more modern times, Turkey also changed their alphabet to Latin, this time from Arabic. The Arabic script was not well suited to Turkish language and literacy rates were very low.

Prof.Mina Urgan, a Turkish academic and author, described the situation in her memoir,

“I well remember the advent of the Latin alphabet. Though a child of normal intelligence who had learned two foreign languages, I could not read my own language properly. Arabic letters being completely inappropriate for the Turkish language, I became bewildered when faced with text written with Arabic letters. For instance, the most common letters of Turkish, u, ö, and ü, were not found among the Arabic letters. In place of them, there was vav, and this vav could be pronounced in five different ways.”

In 1928, five years after establishing the new Republic of Turkey, Mustafa Kemal Ataturk instituted the formal adoption of a Latin-based alphabet. At the time literacy was as low as 10% and the introduction of the new alphabet was coupled with a country-wide drive to promote literacy, with Ataturk himself travelling around the country to help teach the population. This effort saw literacy rates go from 10.6% in 1927 to 22.4% in 1940.

From this you can see that there are clear benefits to changing official alphabets but that certain conditions must first be met. Often languages and alphabets are changed due to political reasons or as a result of conquest, the result of which can amount to a square peg being forced into a round hole. However there are also benefits to politically motivated changes. Greater access to international markets and culture, as well as greater proliferation of your own culture, can result from adopting a new script.

The Latin script is used all over Europe, the Americas as well as most of Africa and Oceania. As we have seen, many Turkic languages are also converting to the Latin script. This may be seen as part of a ‘domino-effect’ where it becomes harder and harder to use any other scripts as time goes on. It is also worth mentioning that most modern technology has been built around the Latin script and that almost every single coding language uses Latin script as its basis.

It is crucial that the new script makes it easier to learn and use the language, however, simplicity can be a double-edged sword. Those countries looking to adopt a new script would do well to be mindful of the risk of homogenisation. Many people find Latin to be easier use and learn than Arabic or Khmer, for example, but all scripts have their own unique benefits and charm.

Ultimately though, language is a tool and its script is the toolbox. Just as not every tool fits into a toolbox, not every language fits within every script.

Comments on Flipping the Script: How and Why Languages Change Their Alphabets