Even the hardest worker needs a break every now and then. How long this break should be, however, is an issue that varies widely from country to country. Indeed, despite the increasing globalization of the marketplace, laws regarding paid leave remain decidedly country-specific.

And it’s not just about how many days off you’re entitled to: different countries have different attitudes about taking paid leave, ranging from a dearly-held right to a frowned-upon indulgence. Here’s a global glance at how vacation time is viewed and legislated in various countries around the world. 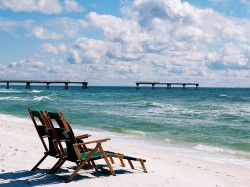 It may come as a surprise that the United States is the only industrialized nation that has no statutory minimum for paid leave. That’s right: US-based employers are required to give their employees any time off. Even more baffling, however, is that Americans tend not to take all of their vacation days — though workers are granted 14 vacation days on average, they typically use only 10 of them!

Indeed, American workers who feel tied to their desks may want to consider taking Spanish classes since countries to the south of the US in Latin America generally offer more lenient vacation policies. Workers in Argentina, for instance, enjoy two weeks of paid leave — in addition to 11 public holidays, or feriados. Colombia is even more generous, with 15 days of vacation plus a whopping 18 public holidays.

Mexico, however, is anomalously stingy: workers receive only 6 days of paid leave in addition to 7 public holidays — perhaps the meager vacation policy of their northern neighbor rubbed off on them.

Stinginess, however, is the rule rather than the exception in Eastern Asian countries, which include some of today’s most important business hubs like Shanghai, Tokyo, and Seoul.

China, for example, grants workers 11 public holidays but just five vacation days. South Korean employees start out with even less vacation: only 15 days off total per year, including public holidays. Japan, however, takes the cake: Japanese workers start off with just 10 vacation days (though, fortunately, they can earn up to 20 if they remain employed continuously by the same company).

As these statistics might suggest, attitudes about taking time off in East Asian countries are not particularly favorable. Similar to workers in the United States, the Japanese and South Korean workforce doesn’t utilize the little vacation time that they receive, taking only seven days off on average.

Perhaps this reluctance to take time off is due to pressure from their bosses: only 44% of South Korean employees felt like their bosses supported their decision to take time off. So you’d better study up your Korean before heading there to work, as you’re not going to have much free time for classes once you’ve started your job!

On the other end of the spectrum, countries in Europe tend to offer the most generous vacation policies. In Austria, for instance, employees can enjoy up to 38days off annually (and this number can rise into the 40s with continued employment).

France, Spain, and Germany follow suit, offering workers over 30 days off apiece (if you include public holidays). The United Kingdom, too –despite sharing a common language with the United States — is truly kind to its workers, with 28 vacation days per year. Even Russian workers take, on average, 20 days of leave plus 12 public holidays.

Paradoxically, despite receiving more paid vacation than everyone else, Europeans complain the most about not having enough vacation. According to a recent survey, 74% of people in Germany, 78% of people in Spain, and 90% of people in France feel “vacation-deprived”.

In contrast, just 59% of respondents in the United States felt vacation-deprived (although, arguably, this number could be even lower if Americans actually used their vacation days).

Europeans are also split regarding whether or not their boss has their back in terms of vacation time. Scandinavian bosses want their employees to take vacation — 88% of Norwegians and 80% of Swedes felt as though their bosses encouraged them to take vacation. But only 49% — less than half — of Germans felt this way. 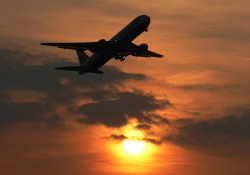 Countries in the Middle East typically have similarly generous vacation policies. The United Arab Emirates provides employees with 25 days off in addition to 10 public holidays. Similarly, Saudi Arabian employers must give workers no less than 21 annual days off (and this number increases to 30 for employees who have been with the company for over 5 years).

Pakistan, however, skimps a bit in terms of vacation: most workers receive only 14 to 17 days off per year.

African countries feature diverse vacation policies. Top business destinations like Egypt and South Africa have relatively generous standards, both providing employees with over 20 days off annually. However, Nigeria, the continent’s most populous countries, offers a mere 6 days off — and only after a year of vacation-free labor!

Finally, Oceania is home to abundant vacation time. In the Land Down Under, workers enjoy four weeks of annual leave plus up to 13 public holidays — equaling over 30 days off per year in Australia.

New Zealand’s policy is nearly identical. Further, New Zealanders felt very supported by their bosses: 76% responded that their bosses supported them taking time off from work.

Clearly, laws and attitudes regarding paid leave vary significantly from country to country. Some nations such as the United States, South Korea, and Japan don’t get a lot of it, and they don’t always take advantage of the few days that they do receive. Yet others, such as Austria, enjoy over a month of paid leave per year (and may scoff at Americans who don’t use their days off).

As a final note, it’s interesting to see that taking vacation doesn’t seem to hurt a country’s productivity, as measured by a country’s GDP per hour worked. Indeed, countries with ample vacation days (e.g., Norway, France, and Australia) come out on top of the list, even above workaholic Japan and South Korea.

Everyone agrees that you can’t be 100% productive all the time: no matter where in the world you’re working, you’re sure to get some time off from your job. But as we’ve seen, we still haven’t come to an agreement regarding how much vacation is enough, with statutory minimums ranging from 10 days (e.g., Japan) to well over a month (e.g., Austria).

Readers: how much time off do you get from work? Are you satisfied with the amount of vacation time you get? And what about your boss? Are you thinking of packing your bags and moving to Austria? Let us know in a comment!

Comments on Global Vacation Policies & Attitudes about Taking Time Off 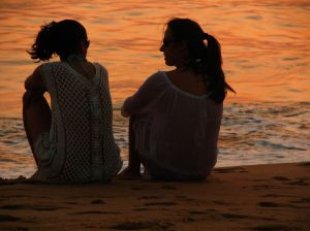 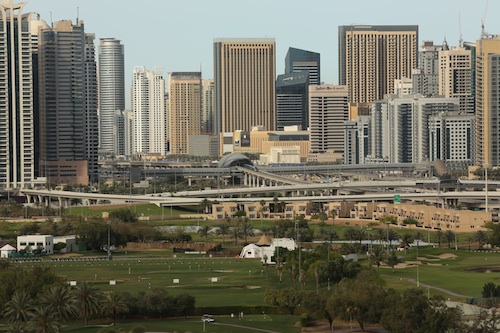