The Baddest B**** Word of Them All: Profanities and Gender

We’ve all heard them. They’re in movies, music, and books. We hear them in our day-to-day interactions.Heck, sometimes we even use them (although our mothers probably like to pretend we don’t). What are they? Swear words. They’re often referred to as ‘vulgar’ and ‘offensive’ but even so we can’t seem to get away from them. In fact, swear words are such a prevalent part of our lives that we use them an astounding 0.7% of the time when we’re speaking!

Using a swear word can indeed be a cathartic experience if you, say, hit your thumb with a hammer, but becomes a whole different beast when we use them to insult other people. Furthermore, the power of a vulgar term can change depending on whether you’re referring to a man or a woman. The context of gender can be a big player in determining which words you use, or if you even use them at all. Let’s explore how and why. But be warned: there is some graphic language up ahead!

I don’t know about you, but I have never heard the word pussy used to refer to a cat. In recent years it has come to almost solely be used when talking about female genitalia or as an insult when calling someone a coward. The word can be traced back to the 1800s where it was a slang term for ‘female pudenda’ (or genitals), but it’s transformation to mean ‘coward’ is a bit more obscure. Even more confusing is the fact that this particular word is used almost exclusively as an insult towards men. If it doesn’t offend you that female genitalia is appropriated to insult men, it should. Using a word like ‘pussy’ as an insult implies that men should be shamed for having feminine qualities, or that the worst, most insulting thing about someone is the fact that they don’t possess the standard manly merits that gender roles and society has programmed us to accept as normal. 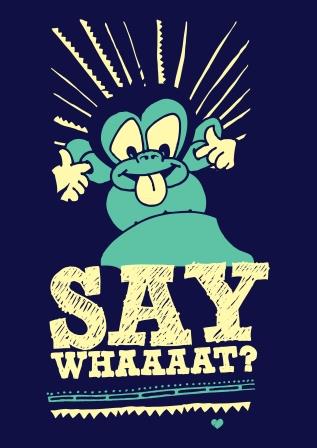 Back in the good ol’ 1950s, it used to be that Dick was a common nickname for someone with the name Richard. Today, if you tried to use the name Dick you’d most likely be mocked for it. Why? Because we’ve come to closely associate ‘dick’ as an insult which means ‘jerk’. You probably noticed that the third definition for ‘dick’ is: an abrasive man. Indeed, ‘dick’ is an insult that is once again used almost exclusively for men. So, if we find something wrong with the female genitals being used as a male insult, should we also consider using the male genitals as inherently bad? Well, to a certain extent using either term is sexist, but ‘pussy’ is by far worse. The historical oppression of women adds an extra layer to the insult that doesn’t exist with the word ‘dick’. That’s not to say the way society uses either term is okay, but look at it from this point of view: using ‘cracker’ to refer to white people is offensive, but not nearly as offensive as derogatory terms reserved for POC who have been systematically oppressed throughout history. The same goes for words like ‘pussy’ and ‘dick’. 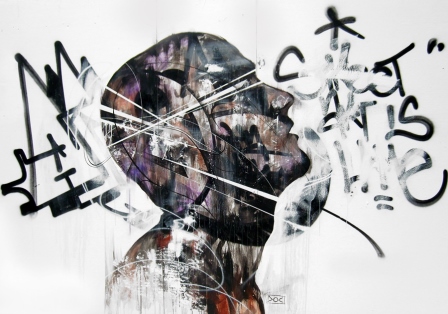 ‘Bitch’ is a rather juicy swear word to dig into because it can be used quite widely as both a noun and a verb and is applicable to men and women. Using ‘bitch’ today isn’t quite as straightforward as it used to be, though. Today we don’t see it merely used as an insult; in fact it can be something of a compliment – as proven by Kanye West who once said that ‘Perfect Bitch’ was about his wife Kim Kardashian. So is it okay for men to use ‘bitch’ when talking about women? What about when women talk about other women? Where do we draw the line for the biggest, baddest word of them all? A quick jaunt through the history behind ‘bitch’ should give you pause next time you’re thinking about using this term.

Back in the old days it was considered on par with words like ‘whore’ and ‘slut’ and widely used as a derogatory term for women. Between 1915 and 1930, the use of the insult doubled and you probably have a fair idea why. That’s right, women’s suffrage. It pissed men off that women were fighting for the right to vote and so ‘bitch’ became a go-to term for insulting and annoying women. Luckily, in the 1970s feminism got a hold of the word and started trying to transform it to have a more positive connotation. However, even though it’s no longer considered particularly bad to be a ‘bitch’, the word is too often employed as a means to tear women down. Think about it: when a woman holds too much power, exerts too much control, or exudes a no-nonsense exterior, what do we call her to take her down a notch? A bitch. So while some people think it’s okay to blithely refer to their girlfriends, wives, or friends as ‘bitches’, that doesn’t mean the word has completely shed the negative meaning that comes with its sordid past.

Without a doubt, vulgar words form a fragment of our language culture and have been a part of human history for hundreds of years. The ancient Romans used them back in the day, as did our ancestors during the Middle Ages. Throughout history words have changed, swear words have come and gone, and definitions have transformed. As you can see though, all these words come with strings attached. Our modern society is constantly moving towards more gender equality, but the battle is far from over. When we stop associating unlikable qualities with feminine terms, when we find a way to ‘equalize’ our use of vulgar language, then we’ll have made a truly great stride as a society. Equality in language is important, too!

Do you think it’s okay for certain slang or swear words to be gender-specific? Do you find it acceptable to use words like ‘pussy’ and ‘dick’ as insults? What about ‘bitch’? Can it be a complimentary term too? Tell us what you think!

Comments on The Baddest B**** Word of Them All: Profanities and Gender