Australia, Great Britain and the U.S. may all speak the same language, but that doesn’t mean the culture and customs of each nation are also the same. Work culture is one thing in particular which can vary quite a bit from country to country and there are some surprising differences between these particular three.

Whether you’re headed on a business trip to Sydney, transferring to London, spending a year or two working in New York or interacting with clients and co-workers from other parts of the world, it’s a pretty good idea to read up on what to expect so you don’t commit a faux pas. Read on to discover some of the key differences between American, Australian and British work cultures so you can take the business world by storm, no matter where you are!

Need English classes? Learn English in London with one of our teachers. 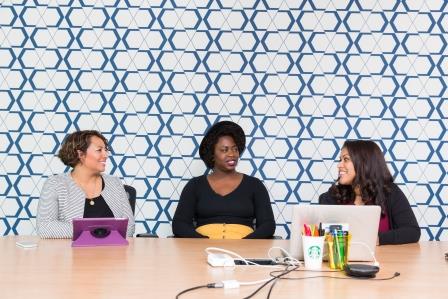 U.S. = When attending a meeting in the U.S., you should expect it to be run more in the vein of a brainstorming session. American business people tend to be very straight-forward with their opinions and aren’t afraid to contribute to the discussion. For this reason, outsiders often feel that American business meetings are more about the talk than the action.

Australia = While Australian business culture is known to be more laid back than in the U.K. or the U.S., that doesn’t mean their approach to meetings is lax. Punctuality is a must for business meetings in Australia and people generally like to keep these events short and to the point. However, you must always take some time for small talk at the beginning of a meeting as diving straight to the point is considered aggressive and rude.

Great Britain = British business meetings are run in an almost completely opposite manner to American ones. As opposed to American or Australian work culture, in the U.K. people tend to be more reserved in meetings and not as quick to offer an opinion or speak up. Sometimes this can make outsiders feel like their thoughts are not wanted, but knowing when to speak up and when to keep your thoughts to yourself can be something of an asset!

U.S. = In the U.S., chit-chat is the norm whether you’re at work or shopping at your local grocery store. Americans aren’t shy about chatting up complete strangers and making small talk about everything from the weather to last night’s football game. This can lead to a warm work environment where it’s easy to get to know your co-workers.

Australia = In Australia, profanity is the norm and is a natural part of the local vocabulary. It’s not uncommon to hear swear words used in the work place and not taboo to drop the occasional profanity. However, as always be aware of who you’re talking to. While using profanity might be okay with co-workers that you know well, you don’t want to risk offending a more conservative client, for example.

Great Britain = British tend to be more reserved when it comes to chit-chat and outsiders might think they come off as cold and standoffish as a result. What it really comes down to though, is difference in humour. While Americans or Australians might be prone to make loud and brash jokes when engaging in chit-chat, British are very proud of their dry wit and intellectual humour. At first it may be hard to tell when they’re telling a joke, but once you get a grasp of the good ol’ British humour you’ll be laughing along with the best of them!

Need English classes? Learn English in Liverpool with us. 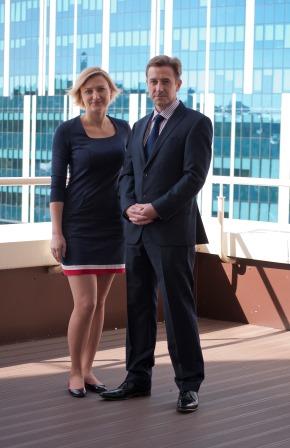 U.S. = In the United States alone business dress can vary depending on which side of the country you live on. The West Coast is known for a more casual approach to business attire while the East Coast tends to be more formal. But even in areas where formal business attire is part of work culture, high-end brand clothing isn’t always noticed or appreciated.

Australia = Most Australians tend to be conservative with their dress code, meaning they lean towards simple dark suits and white shirts. One of the more unique aspects of Australian culture is that people don’t tend to travel to the office in full-on suit and shoes. Most will wear flip-flops while walking to work then change into their work shoes once they arrive.

Great Britain = Similar to Australia, the British tend to prefer conservative, classic clothes and aim for darker colours like black, dark blue, and grey. In British work culture it’s considered perfectly okay to invest in high-end clothing and to wear designer items – in fact, it’s often encouraged as it shows status and affluence. This is one nation where ‘dress for success’ is taken very literally!

Are there any aspects of Australian, British, or American work cultures that you find interesting or different? What are your favourite parts of each culture?