5 Hindi Films You’re Sure to Fall in Love With

Bollywood is a huge film industry whose impact can be felt in pop culture around the world. Whether it’s because Indians love bringing their culture with them wherever they travel to, or because Indian actors like Priyanka Chopra are starting to become well-known names in both Hollywood and Bollywood, Hindi films are recognised the world over. If you’re learning Hindi, there’s no more enjoyable way to improve your language skills than by diving into the wonderful world of Bollywood. If you’re not sure where to start, don’t worry, we’re here to give you few tips! You’ll be sure to fall in love with these 5 great Bollywood films, and you’ll challenge your Hindi along the way. 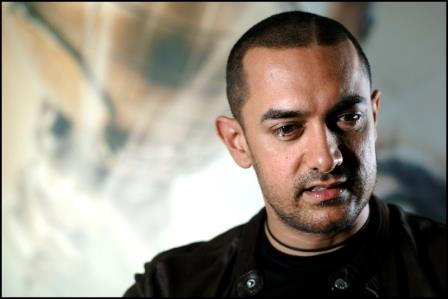 Aamir Khan, the star of PK, is no stranger to controversial topics. On his talk show Satyamev Jayate, he’s known for openly discussing sensitive social issues which affect modern India such as sexism, honour killings, and rape. PK is in somewhat a different vein in that it talks about religion. Religion plays a huge part in Indian culture, whether you’re talking about the various branches of Hinduism, the practices of Jainism, or the Muslim faith. What’s brilliant about PK is that it uses comedy and an overarching love story to point out the futility of one religion pitting itself against another as the only proper path to God. Aamir Khan plays a lovable alien stranded on planet Earth who finds himself puzzled by the strange religious practices of humans. This film will give you plenty of discussion points for later and warm your soul with its adorable storytelling.

Haider was hailed as one of the most important films of 2014, not so much because it’s a brilliant retelling of William Shakespeare’s play Hamlet, but because it’s set in Kashmir which has long been at the centre of a violent tug of war between India and Pakistan.  This movie is absolutely incredible because it captures and portrays the raw emotions present in Hamlet while staying true to the political upheavals and problems people living in Kashmir face. You’ll come away having learned a bit more about contemporary Indian history while marvelling at the gorgeous visuals of Haider.

Fitoor is another book adaptation also set in Kashmir, but it takes on Charles Dickens’ novel Great Expectations. In my opinion, this is one of the best retellings of what is my favourite book by Dickens, and masterfully done. If you are a lover of literature, this is one Hindi film you can’t miss out on. Aditya Roy Kapoor brilliantly embodies the growing obsession of a poor, young artist in love with an effervescent beauty (played by Katrina Kaif) from an affluent family. This film also features plenty of wonderful visuals and will leave you aching for a chance to visit Kashmir so you can marvel at this winter wonderland in person!

This comedic film features Aamir Khan in his younger years playing the role of the typical Indian son sent to study engineering in school. 3 Idiots is considered an iconic Bollywood film and you can’t call yourself a true Hindi movie aficionado until you’ve seen this one! It’s definitely a glimpse into the expectations placed on sons in Indian culture where going into math or science is held in high regard while choosing a profession as an artist might be scoffed at. This coming of age story is fun to watch again and again and is famous for featuring real inventions by little-known inventors in India. 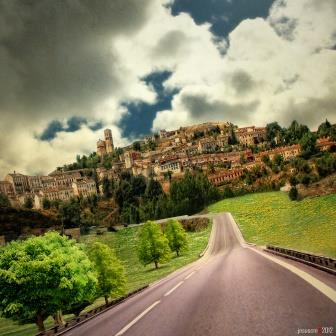 If you’re in the mood for something a little more lighthearted, you can’t go wrong with Zindagi Na Milegi Dobara. This movie follows the adventures of four friends who go to Spain for one last big trip before one of them gets married. What keeps me coming back to this movie again and again (I’ve watched it several times) is the message: life is too short to not live large and loud.  If the shots of Spain don’t awaken the wanderlust in you, the passages from renowned poet Imraan spoken throughout the film will definitely leave you feeling both nostalgic and ready to take life by the horns. A bonus is the music which is incredibly fun and easy to listen to (and mildly addictive).

What are some of your favourite Bollywood films? Share your movie recommendations with us!