Sean Patrick Hopwood is a language polyglot and a language enthusiast. His goal in life is to bring world peace through education, tolerance and cultural awareness. He is also the President and Founder at Day Translations, Inc., a global translation company. You can visit their website if you need Spanish translation services.

The Spanish language has made an impact on the English-speaking world. Spanish-speaking music stars like Shakira, Jennifer Lopez and Pitbull are famous internationally. Latin American cuisine can be found all over the world and young children are growing up to episodes of Dora the Explorer and learning to speak a little bit of español. As you learn Spanish, there are interesting facts about the language that would surprise you. For example, more people in the world speak Spanish than English. The Spanish language is also the official language in 20 different countries. Whether you have a strong command of the language or only know to speak certain phrases, here are seven facts about learning the Spanish language that you never knew about. 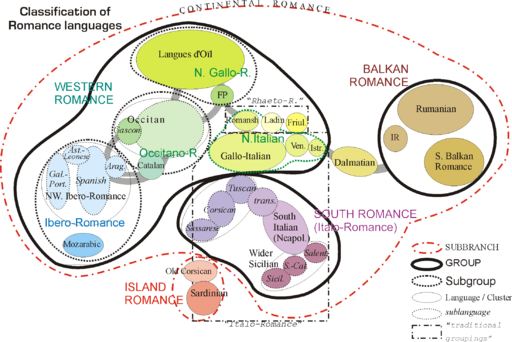 1. The roots of modern Spanish:

Spanish is a member of the family of Romance languages that also include Italian, Romanian, Portuguese and French, amongst others. The countries that today speak Romance languages were once governed by the Roman Empire, which upheld Latin as the lingua franca. Due to marked similarities between Romance languages, it’s significantly easier for other speakers of this family of languages to learn Spanish.

The roots of many Spanish words can be traced back to Arabic culture when the Moors lived in Spain. Several present-day Spanish words start with the syllable “al” which means “the” in Arabic. The Spanish words beginning with “al” are compounded with the root word in Arabic as you’ll be able to see from the following examples:

2. The difference between Castilian and Catalan:

Castilian is the standard Spanish taught in schools and the language you should learn to be understood by other Spanish speakers. Galician, Basque, Valencian and Catalan are separate languages that are commonly spoken in Spain as the first language above Spanish.

Catalan is a distinct language spoken in the autonomous region of Catalonia, which includes the city of Barcelona. A direct descendant of Latin, Catalan is an entirely different language from Spanish and French. A Spanish speaker and Catalan speaker would have difficulties understanding each other.

Fact: In Spanish, the Spanish language goes by two names. Some speakers opt to call it Español while others describe it as Castellano.

3.The difference between Latin American Spanish and standard Spanish:

Fact: Chilean Spanish may qualify as the most different from Castilian, particularly in regards to word endings.

4. The inverted question and exclamation marks:

Inverted question and exclamation marks are a feature of the Spanish language. The inverted signs (¿,¡) precede a sentence and let the reader know that the sentence is exclamatory or interrogative. The signs especially help the reader recognize exclamations and questions in long sentences, which are common in Spanish.

You can ask questions in three ways in Spanish:

5. The long length of Spanish sentences:

Spanish is more round-about than English and can be considered to be more poetic, detailed and expressive. More words are needed to describe something in Spanish than you would in English. Long form writing is also prized in Spanish versus the shorter form or word in English. English speakers are always looking for the briefest, most efficient way of expressing something whereas the opposite is true in Spanish.

6. The problems English speakers have with Spanish adjectives:

As opposed to English, the Latin-based languages such as Spanish have their adjectives come after nouns in a sentence. One of the key rules of Spanish, it is very common for English speakers who are just starting to learn Spanish to remember to switch the order of the two.

In addition, adjectives in Spanish change depending on whether the noun is singular or plural. Grammatically, each noun must quantitatively agree with a specific adjective.

7. On the fact that Spanish speakers skip letters in words when they talk:

The truth is Spanish speakers only skip certain letters. Centuries ago, most silent letters were actually pronounced by Spanish speakers. Through the years, however, Spanish speakers let these letters go silent much in the same way as the letter “g” in a word like “night” is silent in English. But in certain cases in Spanish, letters are pronounced differently than what you would expect.

Some of the main rules:

•  The silent H: the word “hola” is pronounced “ola”. The letter “h” is also silent in “búho,” “hombre” and “hora”.
•  CH sounds the same as in English: example: “muchacho”
•  J is pronounced like the letters“ch” in the Scottish word“loch” or the German word“Achtung.” Examples: Quijote, José, Jugo, Julio.
•  X sounds just like the Spanish J. Examples: Oaxaca,México,Xalapa, Texas.