A Beginner’s Guide to the Irish Gaelic Language

The Irish language, also referred to as Irish Gaelic or just Gaelic, is often mistaken as a dying language.

But this is not quite true.

The Irish language has constitutional status and is an official language of the Republic of Ireland.

In fact, there is a collective name to refer to the modern-day areas of Ireland where Irish Gaelic is spoken as a first language —the Gaeltacht.

If you want to learn Irish and find out why it’s one of our favourite languages, read the fascinating facts that we have compiled for you.

A Brief History of the Irish Language

Is the Irish Language Still Spoken?

Are Irish and Gaelic the Same?

What Language Is Irish Most Similar to?

When Did the Irish Stop Speaking Irish?

How Old Is the Irish Language?

A Brief History of the Irish Language

Understanding the evolution of the Irish language is vital to understand its current status in the world. Irish, a Celtic language part of the Indo-European language family, developed on the island of Ireland and was the first language of the majority of its inhabitants until the early 1700s, when medieval laws were enforced by the English state to discourage its use.

At the time these Acts were passed, English was not widely spoken or understood by the vast majority of the population of either Wales or Ireland, which is what the new laws wanted to change.

This situation lasted for almost 200 years, until in the late 1800s, there was a national revival of interest in the Irish language and culture known as the Gaelic revival. By this time, Irish Gaelic had declined as a spoken tongue, and remained the first language only in a few rural areas, while English had attained a dominant position throughout the island.

To aid in the revival of the language, a group of enthusiasts of the Irish language created the Gaelic League in 1893. They aimed to encourage the use of Gaelic for everyday purposes. By doing this, they hoped to put a stop to the ongoing anglicisation of Ireland. 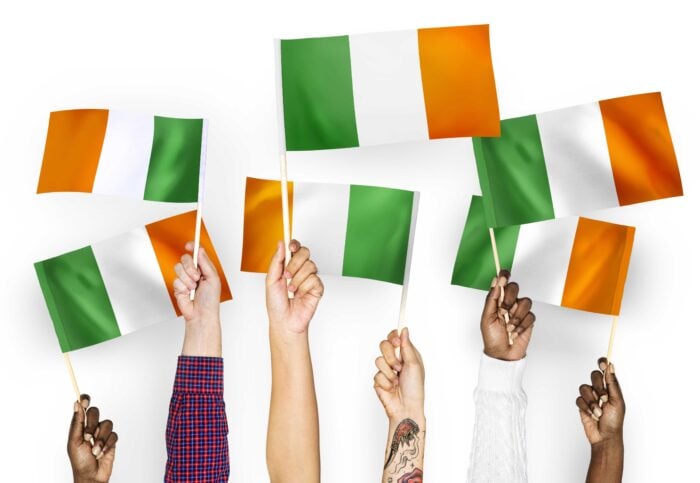 But what is the current situation of the Irish language?

Today, Irish is spoken as a minority language throughout Ireland. According to the 2016 Census, 73,803 people (1.7% of the population) over the age of four defined themselves as Irish users. In Northern Ireland, these numbers go up, as 3.7% of the population claims they can speak, read write and understand the language, and 11% say to have some knowledge of Irish. Not bad for a language that was banned for almost two centuries!

Now that you’re familiar with the basics of the history of the Irish language, let’s explore the linguistic side! While Irish looks nothing like English at first sight, its grammar is quite straightforward for English-speaking learners. In fact, it could be argued that it’s even easier than English grammar!

Let’s take irregular verbs, for example. While students learning English, Spanish or French  have to deal with endless lists, Irish only has 11 irregular verbs:

Also, there are no indefinite articles in Irish Gaelic. You can just say Tá teach agam, (literally, “I have house”), and no one will give you a weird look. And while it’s true that Irish makes a distinction between masculine and feminine nouns, they both use the definite article “an” (the).

However, there is one baffling aspect of Irish Gaelic that you should be aware of.

In English, as in most languages, it’s very common to change the end of words in certain grammatical contexts.

For example, we add an “s” to “house” to make it plural, or an “ed” to “visit” to indicate that we are talking about a past action. Other times, the changes appear in the middle of words: woman/men, goose/geese.

Irish, on the other hand, changes the beginning of words, a feature that is common in most Celtic languages.

For example, to talk to someone directly, Irish speakers add “a” before the name, nickname, or title.

If you want to learn Irish, the modern Gaelic alphabet is a great place to start. Let’s see all the letters in the Irish alphabet and some tips to help you pronounce them!

Regarding consonants, you should know that all of them (except H) come in two versions: broad and slender. Broad sounds have a kind of W glide after the sound, while slender consonants have more of a Y.

When are they used? Broad consonants always occur before A, O, or U, while slender ones are used before  E and I. Here you can have a look at the complete list of Irish consonants:

As you can see, many of the consonants we use in English are not present in the traditional Irish Gaelic alphabet (j, k, q, v, w, x, y, z), but they are used all the same in words of foreign origin

When it comes to coining words, Irish people are very creative. Irish Gaelic is one of the very few languages that has its own terms for things for which most others use English terms. 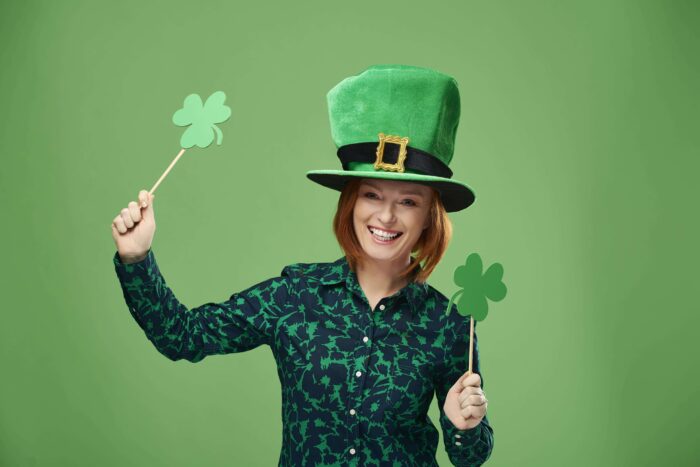 Photo by gpointstudio via Freepik.

For example, the Internet. Instead of using the English word, Irish people call the internet Idirlíon. Even words that you would expect to be one-to-one equivalents to English words go way off. An interesting case is the word “vegetarian”,  feoilséantóir, which can be translated as “meat shunner”.

But despite a few curious lexical choices, Irish words rely on prefixes, suffixes and combinations of roots just like in English.

Below, you will find a short list of common words and phrases from Irish Gaelic that you can use on a daily basis if you ever visit the Gaeltacht.

Is the Irish Language Still Spoken?

Yes. Irish Gaelic is spoken mainly in the Gaeltacht or Western part of Ireland, in counties such as Donegal, Sligo, Galway, and Kerry.

Are Irish and Gaelic the Same?

The English word “Gaelic” derives from Gaeilge, which is the Irish word for the language itself. However, when speaking in English, the Irish language is conventionally referred to as “Irish,” or “Irish Gaelic”, not just “Gaelic”.

What Language Is Irish Most Similar to?

Irish belongs to the Celtic language family. Its closest or sister languages are Manx (spoken in the Isle of Man), and Scottish Gaelic. Welsh, Breton and Cornish could be described as more distant cousins.

The most common word for “Hi” in Irish is Haigh. You can also say dia duit, which literally means “God to you”.

If you are an English speaker or you are fluent in English, you will find that learning Irish is not as difficult as you might have thought. With straightforward grammar rules, simple phonetics and a familiar alphabet, you should be able to learn basic Irish in a few months.

When Did the Irish Stop Speaking Irish?

It is believed that Irish remained the majority language as late as 1800 but became a minority language during the 19th century as a result of laws introduced by the British government to discourage its use.

How Old Is the Irish Language?

Irish is one of the oldest languages still used today. It’s an Indo-European language, which means that it developed from the most ancient human languages spoken in the Middle East. The first speakers of Irish were farmers who arrived in Irish territory as early as 4,500 BC.

With all this information, now you’re ready to begin your Irish Gaelic journey and learn the language! If you’d like to learn Irish to integrate into your community or reconnect with your roots, what better way to do so than with a professional native Irish Gaelic speaker? They can let you in on their culture and guide you towards fluency so you reach your objectives! You can start now and even get a free trial class to get to know your teacher and assess your needs, no strings attached.

Comments on A Beginner’s Guide to the Irish Gaelic Language