As the second most spoken language in the world, Spanish is a vital tool to learn as a second language. With so many countries around the world that use the language, there are a wide variety of accents, cultural vocabulary, and grammar traits in each country. For example, while you may find it fairly easy to communicate with a Spaniard, it might be more difficult to understand someone from Argentina. Varying Spanish accents can get some getting used to but are not impossible to understand for a non-native speaker. All it takes is some practice by listening to the accents and becoming accustomed to the sounds and pronunciation. Here are five Spanish language films from different countries to help understand their different accents:

Spain | Mar Adentro (The Sea Inside)

Mar Adentro is the real life journey of Ramón Sampedro who was left paralyzed by a tragic accident for 28 years. The film was the winner of the 2004 Best Foreign Language Film Oscar and stars Javier Bardem, one of the most popular Spanish actors in the world. The movie follows his fight to end his life by choice and the consequences of his decision. The film takes place in the region of Galicia, Spain, which is notorious for its strong accent. Many of the actors themselves are from this area, while others had to learn the accent for the film. The dialogue intermixes neutral Spanish and the independent languages of Galician and Catalan.

In South America, the Argentine accent is unique to the entire continent. Nueve Reinas is a dramatic comedy about the techniques of petty con artists in Buenos Aires. It also follows the bigger economic events happening in Argentina before the 2001 economic crash. The film has very natural dialogue in the classic Argentine accent. The citizens of Buenos Aires have a very specific Italian-influenced Spanish accent, not to mention an added sh sound to replace their double l’s and y’s, so anyone traveling to the capital of Argentina should definitely take note on the pronunciation. 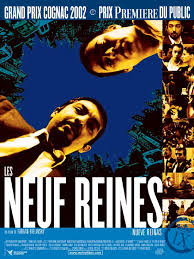 What it lacks in plot depth, the horror flick La Cara Oculta makes up for in language practice. Colombian actress Martina García’s Fabiana finds herself in a relationship with Spaniard Adrián, in a haunted house where Adrián’s ex-girlfriend also hides and watches their relationship. Whilethe story is predictable, the dialogue accustoms the ear to both Colombian and Spanish accents. Both Colombian and Spanish accents are toned down, making the Spanish easier to process for non-native Spanish speakers.

Amores Perros is an iconic Mexican movie.The plot intertwines the stories of a dogfighter, supermodel, and former revolutionary in shocking ways. Each protagonist comes from a different social class, thus presenting the viewer with typical slang and colloquialisms of lower, middle, and upper class Spanish in Mexico. Amores Perros is a must-see film of Mexican cinema. And the best part is, you’ll be learning while you watch!

Biutiful is a fantastical film that touches on subjects like immigration, racism, homophobia, and societal imperfection. Since the story is set in Barcelona, we can see the usage of Catalan and Spanish in the region. In the film, however, the majority of the actors use neutral Castilian Spanish. The dialogue is informal to help understand friendly conversations in a less formal classroom setting. Some characters are foreigners so you can also compare the different accents for non-native Spanish speakers. 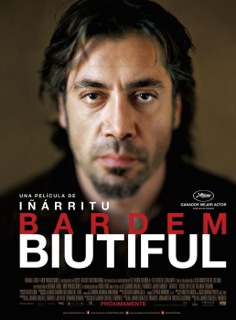 If you’re learning Spanish, you won’t want to miss these five films, showing the differences between the world’s Spanish accents. To formally start your learning process, take a Spanish level test and check out our selection of Spanish courses near you. Soon, you’ll be able to watch all of these movies without subtitles!