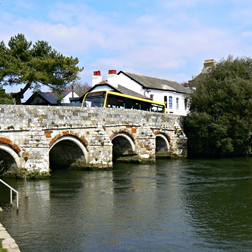 Where to Study Foreign Languages in Christchurch: Christchurch is a city highly rated for its educational value. Coming in at 74th on the QS Best Student Cities Index and boasting 2 universities in the world’s top 400, Christchurch is a great place to study foreign languages. The University of Canterbury offers different BA programmes, such as French and Spanish, with minors in Japanese, Arabic or Mandarin Chinese. It also has a broader course called Foreign Languages and Literature, which emphasises oral and written proficiency in foreign languages like Arabic, French, Japanese and Spanish. Through a well-designed curriculum, it provides students with a solid foundation for a global perspective and helps them acquire strong translingual and transcultural competence to be effective citizens in today’s global society. Another option is to enrol in the programmes offered by the University of Christchurch, which focuses on Asian Studies and European Studies, studied from contemporary political, social, cultural and language perspectives. And if you are looking to sit for an internationally accredited exam instead, such as DALF for French, we can also help you get ready with our Exam Preparation course.

Where to Practise Foreign Languages in Christchurch: Improve your chosen language by talking to native speakers and other language learners. Discover what is it like where they are from and a bit about their culture and lifestyle. For example, you can take part in the gatherings organised by the Christchurch Polyglots and Language Learners Meetup, a group where language lovers can get together, talk about their learning process and improve their skills by speaking to each other. Of course, the group also welcomes native speakers, so you will have the chance to improve your accent and pronunciation. Another option in the city is the Christchurch Language Cafe, a group created for social language learning. They organise weekly gatherings that welcome anyone with an interest in interacting with other language learners and socialising, so don’t waste this opportunity to improve your language skills outside the classroom while having a good time and making new friends!

Language Jobs in Christchurch: Sign up for a language course in Christchurch and give your career a boost, especially when applying for a new job at the many companies with headquarters in the city, like Asure, Anzco Food and Amazon. Christchurch’s economy grew by 2.3% in 2018-19, with an increase in exports of petroleum to China and Asian countries in general. This means that, if you work in any of those sectors, learning a foreign language will certainly increase your employability and elevate your career if it means you can assist with communication and translation. Meanwhile, if you are looking to network with business owners of foreign origin, you can contact the many international chambers of commerce based in the city, such as those of the Japanese, the Chinese and the Koreans. These institutions aim to support foreign companies who do business in Christchurch and vice versa, so don’t hesitate to attend their seminars and networking events and use your new language skills to establish friendly business relations with the attendees!

Using Language to Explore Culture in Christchurch: Learning a language in the city is great to expand your social and professional horizons, but it also comes in handy when exploring other cultures different from your own. Christchurch, being a multicultural city full of immigrants, has events, festivals and parties that celebrate its foreign heritage all year long. For instance, every year the city celebrates the Inner-City Multicultural Festival, a celebration of the city’s cultural diversity by offering street food, cocktails, live music, live DJ and performances in a fun and colourful atmosphere. Also, if you are studying Mandarin, you may want to attend the Christchurch Lantern Festival, which celebrates the Chinese New Year. Bring along your family and friends to experience Chinese culture through the thousands of vibrantly coloured lanterns. This is truly a magical event for everyone in the city featuring music, performance, dance, food and fireworks. And if you are more interested in exploring the Indian culture instead, you should not miss the Holi Festival. Throw colourful powders and dance to music from international DJs while enjoying traditional Indian games, cultural performances and festive Holi delicacies.

Whether you are learning a language for fun or business, we have a course for you which we will tailor to your needs and goals. Studying foreign languages in Christchurch will not only broaden your local and international employment prospects, but it will also open new cultural and social opportunities for you. Just get in touch with Language Trainers and find out how we can connect you with a native, experienced teacher and get to know more about the course packages we offer. Whether you prefer learning in a small group in the morning, or a one-on-one Skype session in the middle of the afternoon, we can make it happen. Contact us and we will connect you with a tutor that can teach you at your home or workplace. You may also decide to take your lessons in a public place, such as the Portershed Specialty Cafe on Lincoln Road, C1 Espresso on High Street or the South Christchurch Library on Colombo Street.

But our native-speaking instructors are based all over the country, so don’t worry if you are not living in downtown Christchurch. You can still book lessons with us and study in places like Rapaki, Lincoln, Lyttelton, Prebbleton and Merivale.

Reach out to us and learn more about our personalised courses! In case you are an eager language learner and have studied before, please take one of our free online level tests so we can understand your current ability and then offer you a course package suitable to your skills.

Sign up for our Greek lessons in Christchurch today! Schedule your lessons whenever you want them, so you can always find time to study, regardless of your timetable or location. You don’t even have to leave home to meet your teacher!

1-on-1 General Greek Course in Christchurch

Our general one-on-one courses in Christchurch will help students improve their Greek level quickly and efficiently, whatever their needs. One of the most exciting aspects of our courses is that they are developed entirely around the needs of the students. The fact that we offer our Greek classes on a One-on-One basis means that you can learn the words and phrases you need in a comfortable and relaxed environment.

1-on-1 Business Greek Course in Christchurch

Our Greek courses in Christchurch are taught on a one-on-one basis and will help you improve your business communication skills immensely. No matter what level you begin at we will soon have you dealing with business introductions comfortably before moving onto other matters. Beginner level students can expect to finish the course with basic telephone Greek and email skills, as well as a level of survival Greek, granting them the ability to work in a country where Greek is the native tongue.

3464
people have taken our
Greek level test.
80
language teachers in Christchurch
are already registered with Language Trainers.
Start Learning
“”The Greek lessons are going well and the children are becoming more confident in what they are learning. Also, they are having fun learning which is a bonus.””
Louise Holmes
Greek course in Leicester
“”The Greek lessons are going really well. I look forward to them and find Anastasia very helpful, encouraging, and patient!””
Christine Ketchen
Greek course in Bradford