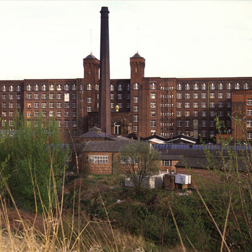 Learn a foreign language and see what opportunity awaits you in Stockport, England and beyond. Whether you want to travel abroad, connect with foreign colleagues, or take your business overseas, studying a foreign language will greatly broaden your window of opportunities. Meet a Language Trainers native-speaking tutor in Stockport, who will build a personalised course package based on your schedule and learning goals. Take one of our free online language level tests to get started or send us a quick enquiry to learn more about our tailor-made language classes!

Sign up for our Greek lessons in Stockport today! Schedule your lessons whenever you want them, so you can always find time to study, regardless of your timetable or location. You don’t even have to leave home to meet your teacher!

1-on-1 General Greek Course in Stockport

Our general one-on-one courses in Stockport will help students improve their Greek level quickly and efficiently, whatever their needs. One of the most exciting aspects of our courses is that they are developed entirely around the needs of the students. The fact that we offer our Greek classes on a One-on-One basis means that you can learn the words and phrases you need in a comfortable and relaxed environment.

1-on-1 Business Greek Course in Stockport

Our Greek courses in Stockport are taught on a one-on-one basis and will help you improve your business communication skills immensely. No matter what level you begin at we will soon have you dealing with business introductions comfortably before moving onto other matters. Beginner level students can expect to finish the course with basic telephone Greek and email skills, as well as a level of survival Greek, granting them the ability to work in a country where Greek is the native tongue.

3464
people have taken our
Greek level test.
79
language teachers in Stockport
are already registered with Language Trainers.
Start Learning
“”We were absolutely delighted with the course. We could both speak a little Greek when we visited Chania; many of the locals were even impressed with my accent!””
Nicola Aspeotis
Greek course in Stockport
“”My first Greek lesson went very well. We covered a lot in class and I have homework to complete, too. It is a tough language to learn, but I am confident.””
Leigh Hooper
Greek course in Bristol