The Hebrew language dates back thousands of years. The ancient tongue, called Classical Hebrew, has evolved into Modern Hebrew, which is the native language for 7 million people around the world. There are 5 million native speakers in Israel alone. Millions more study the language as a second language to connect with their ancestral heritage, and an additional 2 million Hebrew students are considered to speak at a fluent level. 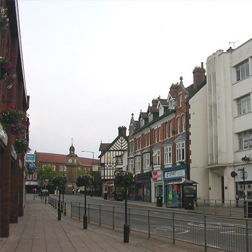 Sign up for our Hebrew lessons in Rugby today! Schedule your lessons whenever you want them, so you can always find time to study, regardless of your timetable or location. You don’t even have to leave home to meet your teacher!

1-on-1 General Hebrew Course in Rugby

Our general one-on-one courses in Rugby will help students improve their Hebrew level quickly and efficiently, whatever their needs. One of the most exciting aspects of our courses is that they are developed entirely around the needs of the students. The fact that we offer our Hebrew classes on a One-on-One basis means that you can learn the words and phrases you need in a comfortable and relaxed environment.

1-on-1 Business Hebrew Course in Rugby

Our Hebrew courses in Rugby are taught on a one-on-one basis and will help you improve your business communication skills immensely. No matter what level you begin at we will soon have you dealing with business introductions comfortably before moving onto other matters. Beginner level students can expect to finish the course with basic telephone Hebrew and email skills, as well as a level of survival Hebrew, granting them the ability to work in a country where Hebrew is the native tongue.

4451
people have taken our
Hebrew level test.
24
language teachers in Rugby
are already registered with Language Trainers.
Start Learning
“”I am very happy with the lessons and the content and speed of the course. We worked to arrange the most suitable schedule between us over the summer also so that seems to be working well.””
Yvonne Csoke
Hungarian course in London
“”I couldn't ask more of Rani as a teacher. She is excellent and spends a great deal of time preparing for the lessons””
Tim Brooks
Hindi course in Reading, Senior Manager, Internal Audit, URS Infrastructure & Environment UK Limited