France Relying on Globalisation of Language to Save Economy François Hollande wants to give back to French its status as a lingua franca by cultivating its influence abroad. Is this a realistic vision, given domestic economic malaise?

The French have begun to see their language as a means towards economic resurrection. According to a recent article in the Guardian, officials have proposed plans to spread and strengthen the influence of the language worldwide, with the primary goal of creating jobs and restarting economic growth at home.

Meanwhile, in the United Kingdom, the private sector is discovering just how important foreign languages are to expanding markets and stimulating economic growth.

The French Language and its Economy

With record unemployment rates, an ongoing political crisis, and rock-bottom approval ratings, French president François Hollande has decided to fall back on using France’s vast cultural heritage as a means to shore up the economy, starting first with language.

In an attempt to reverse what has now come to be seen as an inexorable economic decline, Hollande has asked a former economic advisor from the Mitterand administration, Jacques Attali, to investigate strategies for bolstering the use of French worldwide.

One of the solutions described by Attali’s report recommends expanding the presence of the French language in the global economic sphere. French speakers, who Attali calls La Francophilophonie, could possibly “create or preserve 360,000 jobs in France.”

Attali believes that the French language has “vast potential,” but that it suffers from a “great fragility,” and therefore must be promoted more strongly through various channels.

The language must be preserved and propagated throughout the world because if it isn’t, the importance of the francophilophonie will decline, along with related organisations, including universities, the film industry, and, essentially, all that is uniquely “French.”

He forecasts the loss of 120,000 jobs by 2020 if steps are not taken to increase French speaking worldwide.

In the report, Attali makes various recommendations on how to prevent this cultural and economic falling-off, including the development of French social symbols overseas such as nursery schools and French cinemas and an annual world Francophone festival.

The increased diffusion of different languages across the globe points to the idea that language is critical to economic development.

The British Council has considered a concept similar to Attali’s, but they have taken a different perspective on it, focusing instead on finding which foreign languages will be the most essential over the next 20 years for Britain’s economic, cultural, educational, and geopolitical growth.

The British Council identified the most important languages as Spanish, Arabic, French, Mandarin and German. In Britain, most people only speak English: a recent YouGov poll that surveyed 4,000 adults revealed that three-quarters of adults don’t speak a foreign language well enough to hold a conversation, according to The British Council. Department for Business, Innovation and Skills/Flickr

Although English is generally thought of as the international language of business, business groups in the UK have reported that language deficiencies are affecting the potential for increased exports.

Research by the education company CBI/Pearson suggests that two-thirds of businesses in the UK report a need for stronger foreign-language skills among employees. Manufacturers and professional services firms were among those most likely to value foreign language skills.

Another 2012 survey by the British Chambers of Commerce reported that 61 percent of non-exporters aspiring to enter international markets cited language skills as one of the main obstacles holding them back.

It’s clear that language plays an important role in the French economy. France “can and should rely on its linguistic assets to return to a path of sustainable growth,” says Attali.

Receiving nearly 85 million visitors last year, France was the world’s top tourist destination, although this honor did little to stimulate growth, bringing into question Attali’s suggestion that Francophilophonie is the key to economic prosperity. However, the idea does show the importance of foreign languages and their link to the global economy.

With businesses more in need than ever of fluency in foreign languages, learning a language, especially one like French (which is considered one of the most important for the future) represents an important stepping-stone to a new, multilingual global economy.

If you’re considering learning a language in order to be able to pursue business and work opportunities internationally, why not consider one of our chosen three influential languages? As the global business community expands, learning one of these is a great investment for your career.

Through Language Trainers you can start by taking a diagnostic language level test in order to determine which language training course to take. You can even choose between individual or group sessions with a top language professional.

Learning another language is not only personally fulfilling but also a big step in your career. The French president believes that language can save his country; imagine what it can do for you.

Comments on France Relying on Globalisation of Language to Save Economy 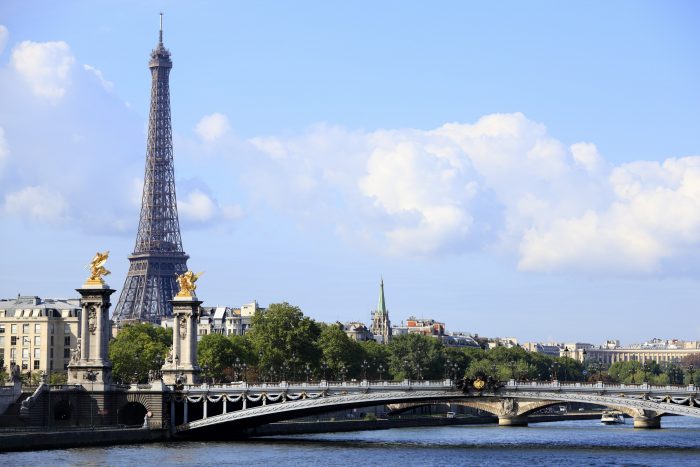 The Big 5 French Language Tests: All You Need to Know Read more

I before E, except after C, and in quite a few other cases Read more
See more articles about English, French