How Bilingual is the EU?

Nearly every European country has at least half of its population speaking at an intermediate level of English, with many proficient in a third language as well.

According to the 2012 Eurobarometers for “Europeans and their languages”, Luxembourg has an estimated 84% of its people speaking at a proficient level in three separate languages. The Netherlands has 77% and Slovenia 67%. And most Eastern European countries sit comfortably around 50% in their number of bilingual speakers, assuming the second language is English.

But this English sensation in Europe, which really gained momentum since the fall of the Berlin Wall, has had as much a positive impact on the world’s multilingualism as it has a negative one for some countries.

Referring specifically to Eastern Europe, many countries have declined in their levels of bilingualism, and this, reportedly, is attributable to the rise of English. It has been referred to as a ‘lost generation’, because as English rose in popularity and became more globally significant, less emphasis was placed on other foreign languages in European countries .

So many of the people who were at one point fluent in, say, German or Russian, have since forgotten the language as they switched their priorities to English. But due to the fact that there is a shortage of native English speakers in this part of the world, students ended up not gaining proficiency in any language.

Slovakia, Czech Republic, Hungary, Poland, and Bulgaria have all declined significantly in their percentages of citizens who can speak a second language. But does it really matter? Are there consequences to the decline in foreign language speakers? Further, this begs the question, Are there economic implications to a country’s level of bilingualism? 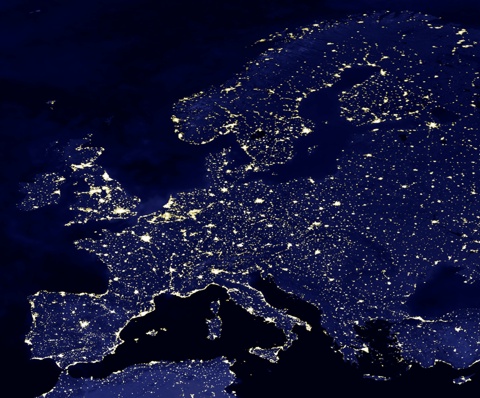 The people of Spain, which is one of many countries hit hard by a financial crisis caused by a mortgage bubble some years ago, struggle to find foreign opportunities. It has been one of the lowest ranking countries in English proficiency in Europe. Underemployment is rampant for young people, and due to their lack of English, many struggle to find jobs in neighboring countries. France ranks relatively low in English proficiency as well, but many young people who study in countries like Holland or England are forced to learn it out of necessity.

There are voluminous sources to a country’s economic success and failure. But in today’s globalized society, one of them most certainly can be attributed to how well its people can speak a foreign language. Any nation interested in improving its international presence would benefit from improving its foreign language programs.

Europe needs more native English speakers, and English speaking countries need more bilinguals. So what are you waiting for? Think you’re ready to help the world become a mroe communicative place, and pick up a foreign language while you’re at it? If you’re interested, sign up here for a free online language level test. Then contact us for details.

Comments on How Bilingual is the EU?