A Brief History of the Chinese Language

Posted by Katie
See Author's Bio
May 10, 2016
Filed under Chinese

As one of the most widely spoken languages in the world, Mandarin Chinese has a massive impact in our globalised society. Many consider Chinese to be the language of the future, often touting it as the tongue that will someday overtake English. Mandarin has managed to become a global language all the while hailing from a nation where it is only one of many different dialects spoken. Let’s take a look at the language’s origins and find out how Mandarin made it to where it is today!

Ironically (considering China’s lax approach to Tibetan language education), Chinese forms a part of what is known as the Sino-Tibetan language family. There is no current evidence that indicates at what point ancient Chinese separated itself from the language family, but there is very little doubt that the language draws heavily from Sino-Tibetan. The evolution of spoken Chinese in its many forms from ancient times to what we see today is extremely complex and can generally be divided into three groups: 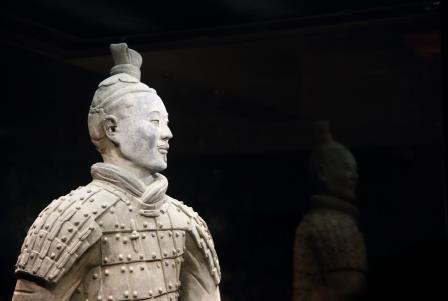 Spoken: During the early and middle Zhou Dynasty (11th to 7th centuries B.C.)

Writing: Not yet available to the masses. Reserved for scholars or the wealthy. Simple pictograms similar to those used on oracle bones during the Shang Dynasty.

Although we don’t see much of Old Chinese in our modern versions of the language, its influence can still be perceived. More particularly, even when Old Chinese was spoken, different variations or dialects of the same language were developing in different parts of the country. It is believed that certain provinces developed as many as five subdivisions of Old Chinese. This isn’t particularly surprising considering how much more isolated people were back then which often allowed for different language evolution. 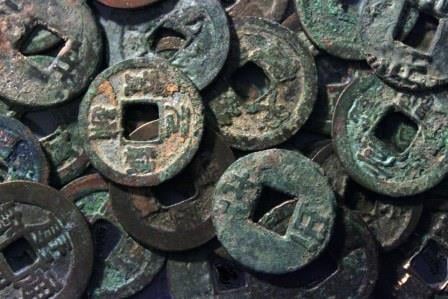 Spoken: During the Sui, Tang, and Song Dynasties (7th through 10th centuries A.D.)

Characteristics: More closely related to dialects existing in China today. Foreign influence brought about the transliteration of words from other languages into Chinese. Scholars also transcribed a phonetic system for Middle Chinese.

It’s a lot easier to draw comparisons between Middle Chinese and Contemporary Chinese. Not only does more evidence exist which allows us to see how Middle Chinese was pronounced, but we can also see distinct similarities in the writing styles. Rebus writing, where a sign for one word is used to write another word with the same or similar sound, is both a part of early written Chinese and modern Chinese. Polysemy, in which the same sign is used for words with different sounds but similar meanings, is also featured widely in both forms of the written language. 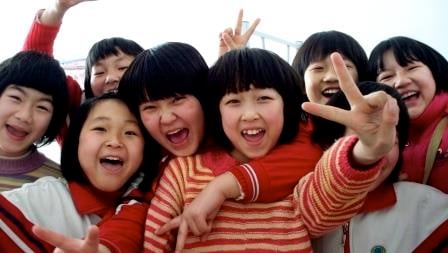 Characteristics: A tonal language comprised of four main tones and a fifth neutral one. Each syllable of each word features one tone.

Writing: A single writing system available to the masses across China. No variations of the writing system exist – every province uses the same system. A key to learn how to write in Chinese, are components known as Radicals: these are the blocks that make up most of the Chinese language, and will help you understand the meaning of each Chinese character.

There was very little language unity in China before the 20th century. Although the government often tried to implement the use of Mandarin in its many provinces, locals still continued to primarily use dialects of Mandarin to communicate. It wasn’t until the creation of the People’s Republic of China in the late 1940s that a mass program was shaped to ensure that people around the country spoke the same language. Under the PRC’s new elementary school education system, students learned Modern Standard Chinese (Mandarin). In the 1950s and 1960s, the government also began to simplify the writing system in order to promote literacy. From this movement Simplified Chinese was born and continues to be the official writing system used throughout the Mainland.

It is impressive how in a span of several decades China has managed to create an educational system that has resulted in a massive amount of its citizens being able to speak the common language of Mandarin. Still, dialects continue to thrive and exist in China, many of which have direct ties back to their earlier language ancestors. Mandarin remains only one of the five main dialects present in China. Yu (which includes Cantonese), Min, Wu, and Hakka are also widely spoken, although none bear the same popularity that Mandarin currently does. Furthermore, there are two-hundred other dialects which fall under the umbrella of these main ones, making China a veritable language stew!

Interested in learning about the origins of another language? Tell us in the comments sections what you’d like to see next!

Comments on A Brief History of the Chinese Language