Reading can be horrible. Horribly hard to read, that is, without the proper punctuation!

Yet, for centuries the absence of punctuation marks, word cases, and even spacing between words was seen as perfectly normal. CANYOUIMAGINEHOWCONFUSINGTHATWOULDBE? But to the relief of many, punctuation’s fascinating characters gradually paved the way for clarity in the English language: dotting its way throughout ancient Greece, all the way to the birth of the internet.

Although the power of written language was discovered as early as 3000 BCE, it took another 2700 years until someone finally got fed up of reading scriptura continua (writing without spaces between words). That someone, otherwise known as Aristophanes, was a Greek playwright who must have found the lack of punctuation unbearable; so he devised a system of dots which indicated where a reader should pause based on their height; e.g. high (˙), middle (·), or low (.). Although formed over a millennium ago, Aristophanes dots clearly made their mark, and are still used in the ancient Greek-style of reading aloud today.

Unfortunately, Aristophanes’ dots did not catch on quickly as the Romans, who later usurped Greece, showed quite a disdain for it. Even Cicero, a renowned Roman Philosopher, insisted that a sentence “ought to be determined not by the speaker’s pausing for breath, or by a stroke interposed by a copyist, but by the constraint of the rhythm”. With all this emphasis on rhythm, it’s not a surprise reading aloud was so popular. 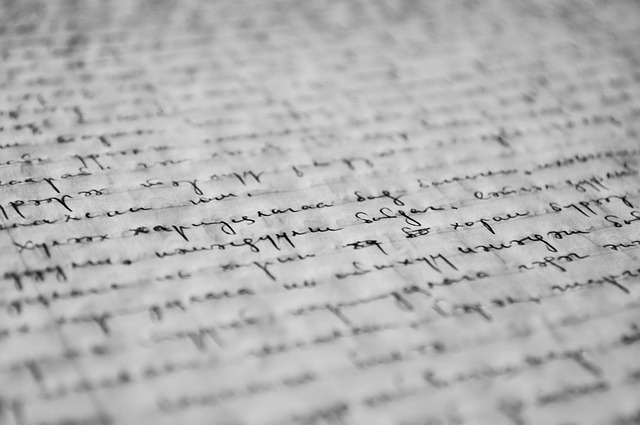 Let There Be Space!

Luckily, punctuation was revived again through the propagation of Christianity around the 8th century. The increasing demand for Bibles meant that English and Irish priests were desperate to shine some light on the already unfamiliar Latin text: they began to space the words.

Around the same time, the famed crusader Charlemagne liberated punctuation of its rigid upper-casing and instructed the first standard of lowercase letters for his literate subjects, much to the dismay of stonemasons and their wedge-shaped chisels. With the rise of spacing and casing, paragraphs too made their place in the growing world of punctuation.

Clearly punctuation did not stop at just a few dots and spaces. Officially, 14 punctuation marks exist in English grammar today, which primarily originated from Aristophanes system and early Greek culture. The punctusinterrogativus for example, also known as the question mark, once mimicked the shape of a lightning bolt, and today is still a double entendre used to inflect or interrogate due to its oration origins. Similarly, the semi-colon (punctus elevatus), derived from Aristophanes’ dots, was inverted for three centuries, but by the end of the 5th century the semi-colon, as we know it, prevailed.

And as for Aristophanes’ three-tiered dotting system? You may recognise them today as: comma, colon and period.

These days it’s a tough world for punctuation – especially for the grammar kings and queens of the internet. Ouraddiction to digital devices often leaves online communication bereft of good (if any) punctuation. Twitter, for example, with its 140 character limit, encourages a more informal-style of communication: great for crowd-sourcing or to amplify political messages (just look at Trump), but terribly detrimental to punctuation. Typing can also encourage enthusiastic writers to abuse punctuation marks; imagine having to hand write 4 question marks every time you wanted to add theatrical flair to your message.

But, as with the invention of the printing press which established punctuation, maybe we are moving into a new and necessary era of punctuation. An era where punctuation becomes superfluous within our digitally-focused world. An era where emoticons and exclamations marks roam freely!!!!!

OK, maybe I am getting a little dramatic here. But, in some ways, having the freedom to punctuate as you please is somewhat liberating – especially when you can throw in the odd smiley face ☺.

Did you know there’s a National Punctuation Day in the U.S?

Still, considering the magnitude and ease at which we can communicate online, a little more regard for punctuation could certainly reduce the risk of ambiguity (and save you from the wrath of grammar kings and queens worldwide).

Comments on Punctuation: An Endangered Species?