Favourite snacks from around the world: UK

Studying languages really works you up an appetite, right? Who doesn’t learn better when they take regular breaks for treats, or have to hand a choice selection of the very best snacks? And if you can’t write off your guilt for snacking in between meals, then you can for using snacks as an excuse for learning languages. Don’t believe us? Well here are some of the most popular snacks in the UK for all of you learning British English; tell us you don’t learn a little language (and get a little hungry) while reading! 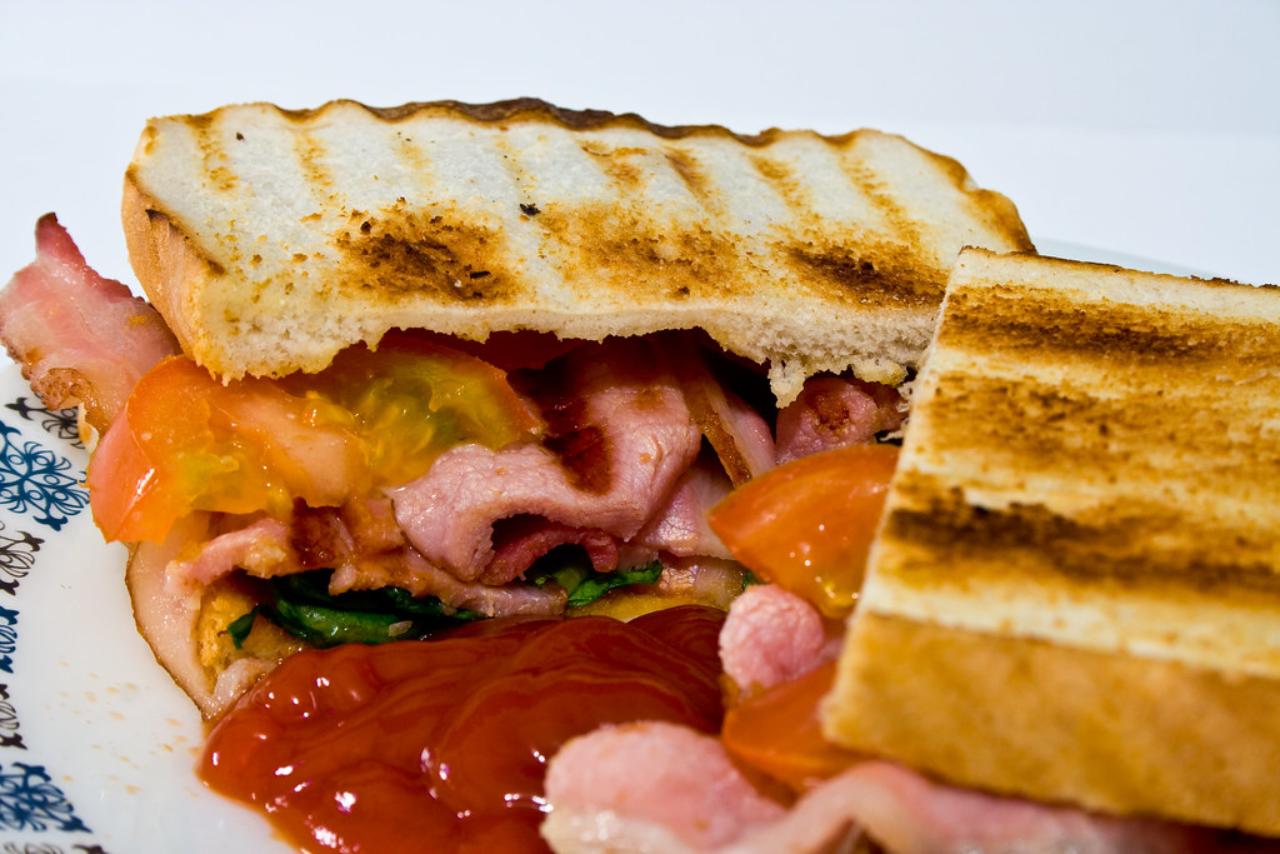 Yes, of course, anyone from anywhere in the world can make you a sandwich. But if you’re looking for a popular British treat then forget all those pretentious sounding Ploughmans and tongue twisters of BLTs and BBCs; what you want when you’re snacking is something with a little grease. Popular quick sandwich fixes are fried egg, bacon, or sausage, and these sandwiches often come with a little language of their own. First off, many a cafe will list these as sarnies instead of sandwiches, while bacon can be rashers and sausages are also known as bangers. And as for your eggs, they might be over easy (fried on both sides), or even sunny side up (fried only one side with the yolk remaining intact). Who said ordering a quick treat didn’t teach you a little language?

Crisps (and other savory treats)

Ah, potentially the nation’s very favourite snack! Crisps are not to be confused with chips, because chips is what they are called in American English. In the UK this thinly sliced then fried potato treat flies off the shelves like nothing else; Walkers, which are called Lays for the rest of the world, estimates that around seven million bags of crisps are produced at their UK plant daily just to keep up with demand! And of course, there are regional favourites whose consumers say they are the superior crisps to all. McCoys is one of the most well-known British crisps but we personally have a soft spot for Seabrook.

Of course, there are a few baked or fried products that loiter on the crisp aisle which aren’t crisps at all. Twiglets, for instance, are wheat-based snacks in the shapes of twigs covered with a yeast extract that is essentially the same as Marmite. Pork scratchings are the fried or roasted skin of a pig, a popular snack on offer in many pubs. Mini Cheddars are found in many a lunch box, child or adult, and tend to be one of the many savoury offerings available at family gatherings. And finally, Scampi Fries, which are both considered childhood classics and pub staples, are a savoury treat that have a unique taste which is supposed to resemble scampi and lemon. Try some for yourself to decide! 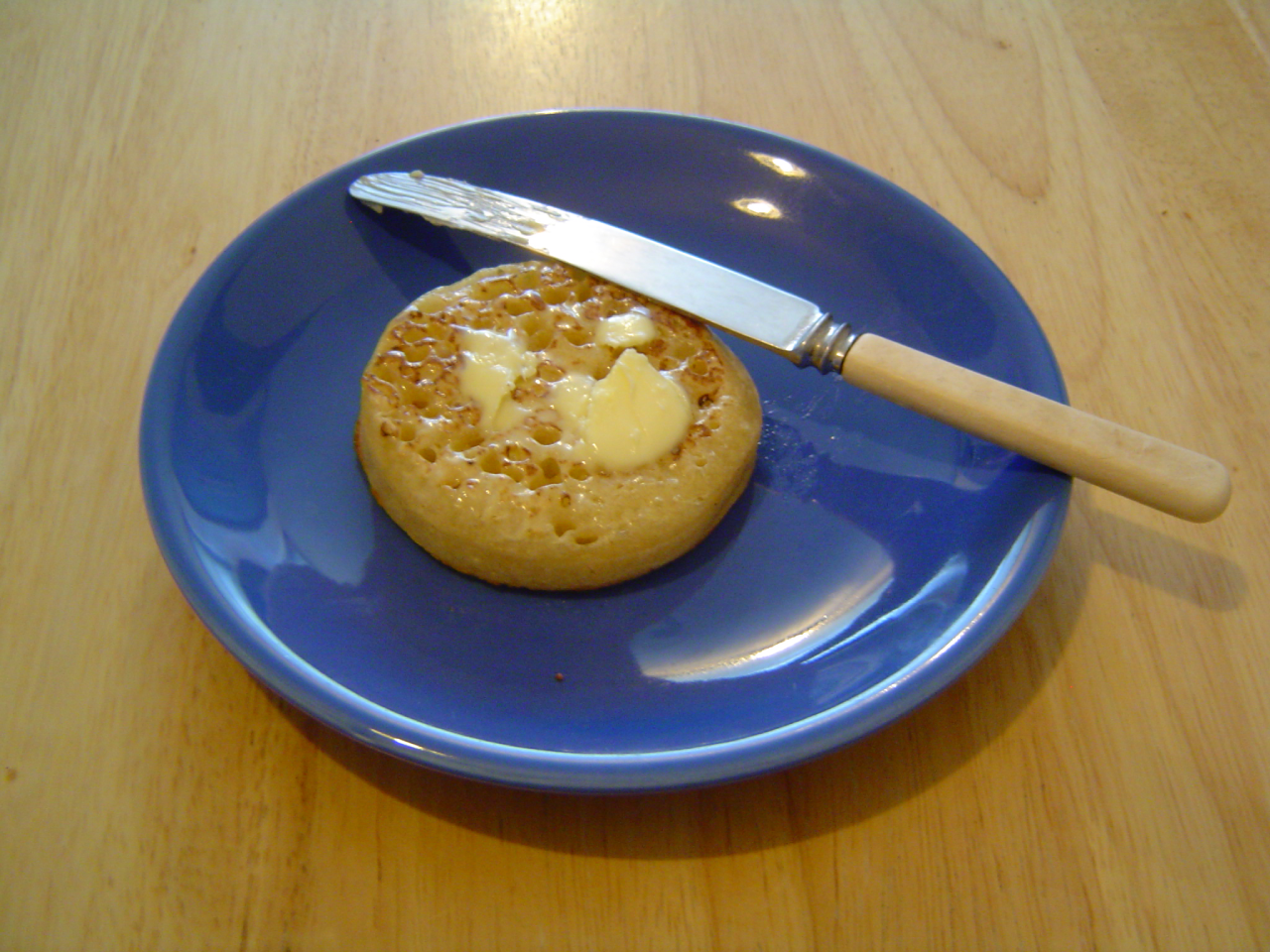 Crumpets are the kind of treat you can have for breakfast, lunch, or any other time you need a quick bite. These are small griddle cakes with lots of holes in the top, so that once toasted your butter, jam, or whatever else you want to top it with can seep right in. Crumpets just with butter a classic but you can do whatever you wish with them; don’t let anyone tell you otherwise! Be aware that in some parts of the UK a crumpet is known as a pikelet; we don’t personally approve of this but are not here to lecture anyone (actual pikelets are like flat crumpets, just so you know). Also, be aware that crumpet can also be used to describe other things. The most polite we can tell you is that crumpet can also mean sexy person. If you want know more, go take a look at Urban Dictionary to learn other meanings. Potential NSFW ones. You have been warned… 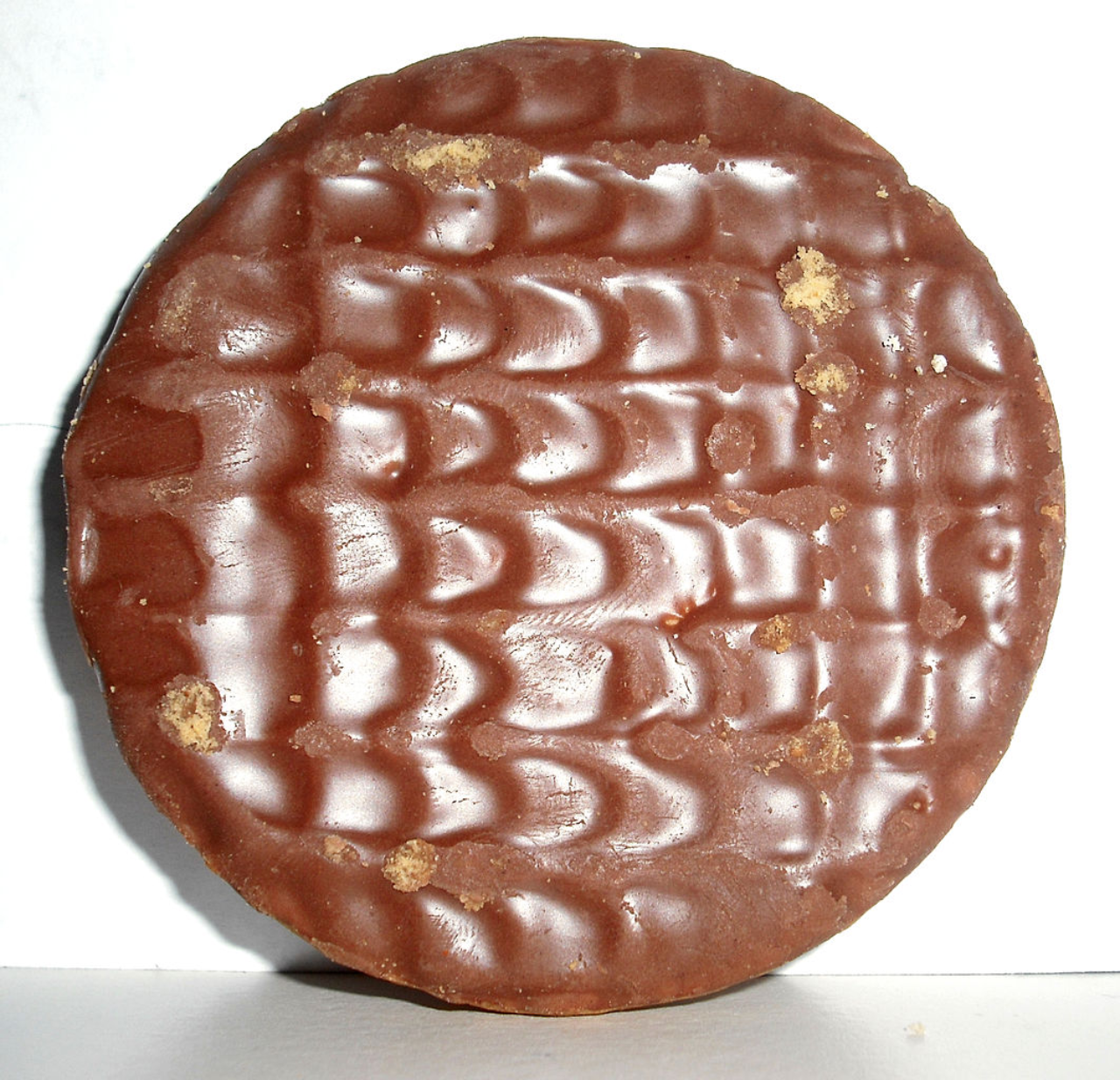 Okay, yes, obviously you can get chocolate the world over, but there are some bars of chocolate in the UK that you just won’t get anywhere else! Take the bubbly Aero, the crumbly Flake, and the crunchy, well, Crunchie. For something a little more upmarket, Thorntons is one of the most famous UK chocolate brands over the more commercial names you may already know. Though for snacking purposes, Revels and Maltesers are probably your best choice if you want something moorish while watching a film (in the language you are learning, of course). And of course, the humble chocolate digestive, or chocolate hobnob, must be mentioned if we are talking about British snacks to have whilst doing, well, pretty much anything. Get the kettle on and give those biscuits a dunk!

Hungry yet? Well now you have the perfect excuse to take a quick break from studying! Though while you’re taking that break why not check your current English level to see how you are doing? Contact us if you’d like some help learning English; we have tutors ready to share their experience (and biscuits) with you!

Comments on Favourite snacks from around the world: UK