Is Hindi Really That Hard? What You Can Do About It

With around half a billion native speakers, Hindi is one of the most widely spoken languages in the world. Bollywood, which mostly produces Hindi language films, also happens to be one of the biggest film industries on the planet and comes second in popularity to only Hollywood.

We are exposed to more Hindi through pop culture, films, and music than we realise and, in recent years, many top-tier Bollywood actors have been transitioning into Hollywood and closing the cultural gap between English and Hindi cinema.

These may be a few of the reasons why you’re interested in delving into Hindi, and perhaps you’ve been daunted by how complex the language seems. So, how hard is it to learn Hindi for native English speakers? And if so, what can you do about it? 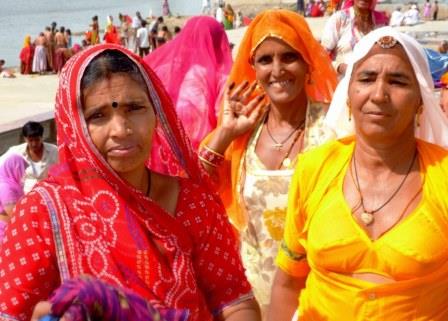 Is Hindi hard to learn?

Some experts claim that Hindi falls amongst the top 10 most difficult languages to learn in the world, and there are several reasons why.

One of the most intimidating aspects of Hindi is definitely the script, which can appear similar to the Arabic form of writing and, many argue, is harder to read than even Chinese characters!

Hindi pronunciation can also be difficult for native English speakers because it requires a more flexible tongue and many of the differences between words are so subtle it is way too easy for a new learner to stick their foot in their mouth by saying the wrong thing!

Also, next time you wonder “how hard is it to learn Hindi”, think about its grammar. A feature that can throw English speakers off is that Hindi is an SOV (subject, object, verb) language as opposed to English’s SVO way of speaking. It can take a lot of getting used to learning to say: “I the ball picked up” as opposed to “I picked up the ball”.

Is Hindi impossible to learn?

The answer to this question is simple: of course not! There is no language that is impossible to learn, whether or not you are able to speak it depends largely on your dedication to studying.

I’ve found that one of the great things about Hindi is that it has incorporated numerous English words into the language over time. In modern India, your average middle-class person can usually speak English (although most still prefer Hindi) and there’s a tendency to mix a little English into a lot of conversations.

What’s great about this is that it makes comprehension a much easier task when you’re trying to learn Hindi. If you develop a solid beginner’s lexicon of Hindi words, you’ll be able to understand what people are saying, or at least the context, by using what you know in Hindi and paying attention to the English words they’re using. So, after all, Hindi is not so hard to learn when it comes to receptive skills.

Of course, when it comes to speaking you may not have such an easy time, but as with any language the more practice you put in, the easier the process gets. 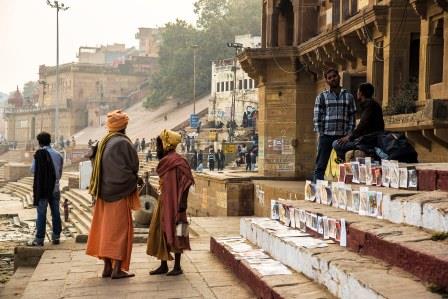 How can you learn Hindi?

There are no tricks or shortcuts to learning Hindi. You’ll have to put in a fair amount of time tackling the difficult pronunciation and acclimating yourself to the sometimes odd-sounding vocabulary and word order.

You are in luck though because Hindi, almost more so than many other languages, has resources almost everywhere in the world: I’m talking about native Indians!

Indians love to travel and they especially enjoy sharing their culture everywhere they go. You can find Indian restaurants almost anywhere in the world, and there’s an ongoing joke amongst natives that you can’t go to a single city on the globe without running into some of their fellow citizens.

While this may not be completely true, the likelihood of there being Hindi native speakers somewhere in your town is high. And you should take advantage of that! Most people love helping others learn their native language and, even better, you’ll have someone to watch and discuss Bollywood movies with. This makes Hindi not so hard to learn!

Although Hindi won’t be an easy language, acquiring the skills to be able to hold a conversation in this tongue will surely be an adventure in itself. It’ll open your eyes to a rich culture full of layers that will take a lifetime to uncover. I’m certain that you, as I did, will fall in love with India’s magnificent culture and language and be eager to constantly learn more!

Do you have any tips for helping English-speakers learn Hindi? Share them with us!

Comments on Is Hindi Really That Hard? What You Can Do About It