Everyone, at some point in their life, should give living abroad a try. Not only does living abroad offer you opportunities to meet a wide array of people from different cultures, but it gives you a wider, more tolerant view of the world which can be difficult to find if you never step across your doorstep. Often, learning a new language can be a more direct path to understanding and assimilating into a new culture and is definitely a big part of living abroad. Having access to a diverse set of languages in one place is sure to make a life a lot more interesting, isn’t it? If you’re looking for a true melting-pot of languages for your journey overseas, maybe you should consider checking one of these 5 most multilingual cities in the world! 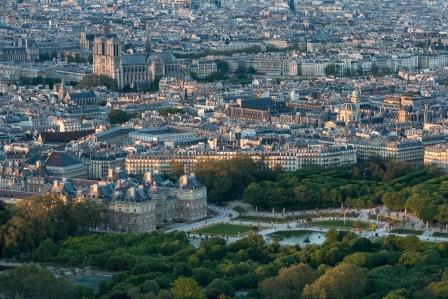 The tiny European country of Luxembourg often gets overlooked, but its capital is one of the more linguistically diverse places in the world. It’s common to hear French, German, and English spoken with relatively the same level of fluency and, due to thriving immigrant populations, Portuguese, Polish, Turkish, and Italian are also quite common.

Why you should live there:  With a developing community of entrepreneurs, Luxembourg City is an excellent place for start-ups hoping to make it big on the European continent. Quality of life is also quite good in Luxembourg in general and you’ll enjoy easy access to European hot-spots like neighbouring Belgium, France, and Germany!

This little island city has garnered a lot of attention over the past couple decades due to the rapid pace at which it went from being a developing nation to one of the most advanced countries in the world. This city boasts four national languages: English, Chinese, Malay, and Tamil. Singapore also enforces a bilingual education policy so that all its citizens are fluent in English as well as at least one other language!

Why you should live there: Singapore is Asia’s leading business hub and if you work in banking or finance it might be the perfect place for you. It also happens to be one of the safest places in the world and an ideal base if you’d really love to see more of Asia.

As one of the most populated cities in the world, it’s no wonder you can hear a huge array of different languages in the span of a single day in Delhi. India itself is one of the most linguistically assorted countries in the world with over 400 languages spoken across this massive nation. In Delhi alone you are sure to hear at least four primary languages: English, Hindi, Punjabi, and Urdu. However, with a huge influx of citizens from around the country moving to Delhi for work opportunities, the mix gets more varied every day!

Why you should live there: India is quickly becoming a force to be reckoned with as its population of young, tech-savvy individuals continues to grow. If you need an inexpensive place for a start-up company Delhi might be the right place to go. Not to mention that India itself is home to some of the most wonderful, exotic places on the globe.

Indonesia is definitely a language melting-pot with around 700 languages spoken across its 1,700 islands. The best place to get a taste of everything? Indonesia’s capital Jakarta! It’s not uncommon to hear hundreds of languages spoken in Jakarta. This city attracts expats from around the globe including North America, China, and beyond!

Why you should live there: Life in Jakarta can be described in a single word: crazy. But once you get used to the insane traffic and general chaos, you’ll fall in love with life in this sprawling metropolis. Cost of living is low in Jakarta and business prospects are many. You’ll get some of the same work opportunities you’d find in nearby Singapore, but without having to pay an arm and a leg to live! 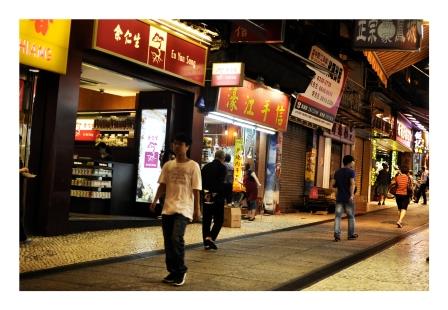 Thanks to Portuguese and Chinese influence, Macau has morphed into a city with a varied set of languages. The most common languages in this city are Portuguese, Cantonese, and Mandarin with Cantonese often taking preference over the other two. Most people who live here will tend to speak Cantonese most of the time but will also be able to converse fluently in the other two. Even better, English is gaining popularity in Macau and more and more locals are garnering high fluency in this language as well!

Why you should live there: The first thing that probably comes to mind when you hear someone talk about Macau is gambling. While this city does have some claim to fame in that regard, there is definitely more to it than just that! Macau offers much higher wages than the Mainland and has an extremely low unemployment rate. It’s also one of the safest cities in Asia, which is a huge plus if you’re moving with family!

What other cities or countries do you think deserve a mention as the most multilingual in the world? Do you live in a multilingual city? Share your experience with us!