Finding your way around a new city is always a challenge, especially in a foreign language. Berlin, however, can sometimes feel extra tricky for newcomers. Although Germany’s capital city has a lot of English speakers in it, the quicker you familiarise yourself with the local dialect, the better your time there will be.

‘Berlinerisch’, or the Berliner German dialect, comes with its own slang, accent and quirks which often confound those who spend time learning German beforehand. Like the city itself, the dialect can seem harsh but conceals a dry sense of humour and preference for the party. Below are a few hot tips and a nudge in the right direction  to help you feel at home in this fiercely individualistic city. 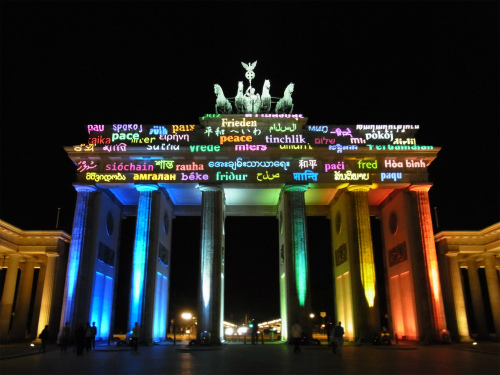 Translating directly as ‘path beer’, a Wegbier is a beer drunk while on your way somewhere, be it to work, home or to more beer. Fuβbier is another variant you might hear which refers more specifically to a beer drunk while on foot. Early morning commuters and late night revellers alike can be seen clutching a Wegbier in hand, enjoying this treasured element of Berlin’s social and legal permissiveness.

Not really slang, but a vital piece of vocabulary nonetheless. Pfand refers to the German system of returning empty bottles in exchange for cash. You can collect them at home for bigger rewards or leave your Wegbier somewhere safe yet conspicuous for someone else to come along and collect. It is fairly common for someone to come along and collect your empty bottles when hanging out in a park or by the Spree, just don’t leave them on a bike path or somewhere where they can smash.

One can’t talk about Wegbiers and Pfand withoutmentioning Berlin’s #1 location, the beloved Spätkauf. Translating as ‘late shop’, the ubiquitous Späti sells everything you need, mainly booze and snacks, and one can be found on almost every corner. All hail. 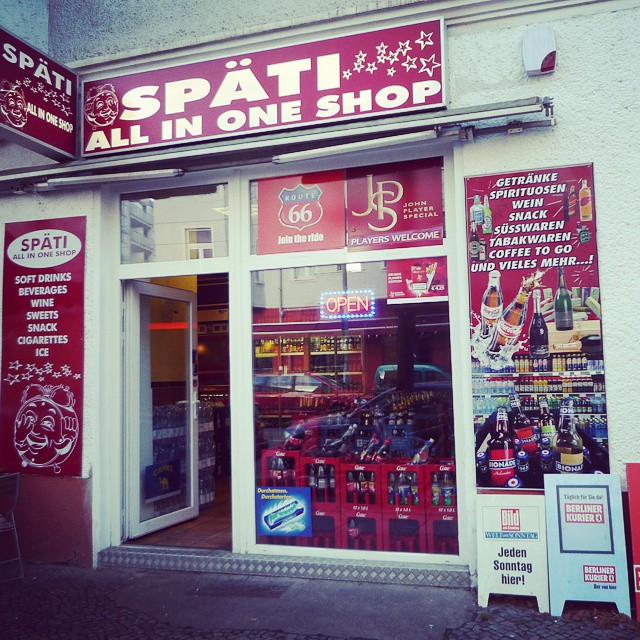 There is no real English equivalent for this term and it can take a little while to fully master. Literally meaning ‘(Have a) nice party evening’, this term implies much more than that. Your feierabend starts the moment you finish work and doesn’t necessarily indicate that you are partying at all. This is more like telling someone “enjoy your downtime” and is probably indicative of the importance given to the distinction between work life and private life in Germany.

Contrary to some of the other, harsher, elements of Berlinerisch, it is very common for the hard ‘G’ sound exchanged for a softer ‘Y’ sound. Mach’s jut, or ‘take care’, is a nice response to schӧnen feierabend .

Kein and nein both mean ‘no’ in German and many Berliners change their vowel sound from a ‘buy’ sound into a ‘bee’ sound. This quirk of local pronunciation is a touch ironic given the potential it has to leave you with keen ahnung, or ‘no idea’, what’s going on.

Here are three more Berlinerisch pronunciations which reflect the city’s concrete tones. Nicht, or ‘not’, becomes Nix, Ich, or ‘I’, becomes Ick, and Das, or ‘the’, becomes Dit. Confusing at first but mach’ nix, it gets easier.

Berlin is a big city and part of enjoying the city is in discovering which Kiez, or neighbourhood, is right for you. Despite being a mostly unofficial term, Kiez, is still very likely to be how you discern one area from another. Being somewhat an amorphous definition, boundaries and sizes may vary from person to person.

Community is very important in Germany, and certain Kieze are undergoing rapid change due to development and the dreaded G-Word: Gentrification. Respect your Kiez and you will find you have a much fuller experience of the city.

So you are on the U-Bahn drinking the Wegbier you bought from the Spӓti, getting your feierabend off to a rolling start. Geil! But where are you going? Chances are you may be en route to check out XBerg, formally known as Kreuzberg, first. Full of bars, cafes, venues, shops and easy access to any party favours you may desire, this is where many people go for a slice of action.

Kotti, or Kottbusser Tor, is a good place to start, the area can be lots of fun and people are drawn equally by its rich history and rough edges. Just mind what you buy in Görlitzer Park.

So there you have it, a completely incomplete lexicon for your first time in Berlin. There is much more to the capital than partying in the East and if you persevere past the Berliner Schnauze, you will come to find a wonderful city with a language that’s surprisingly fun to learn. Prost!­­­

Comments on Your Guide to Speaking German like a Berliner