Cultural stereotypes are interesting things. Many times they are completely false and have nothing to do with the reality of a culture or country. Other times, they have a basis of truth but have been exaggerated to an extreme. Of course, there are some that are just downright accurate. Each country has its preconceptions, although some are more forgiving than others. Here is a look at popular stereotypes in Spain and an analysis of their accuracy:

It is definitely an exaggeration that no Spaniards can speak English. This stereotype is all a matter of comparison. Some Northern European countries teach English alongside of their native languages in grade school, so citizens speak perfect English. However, many English-speaking countries have a very low percentage of second-language speakers. Spain falls somewhere in the middle. Many Spaniards speak other Romance languages, like Italian, but have a harder time with English. Others speak fluent English without a problem. However, it is recommended to visit Spain with at least a basic knowledge of Spanish to be able to navigate comfortably.

2. People do not work and are generally lazy

This stereotype was most-likely generated from the siesta tradition. Siesta is a mid-afternoon break when shops close, workers take time to eat lunch, and many people take midday naps. The siesta originally was created to escape the strong heat that made it uncomfortable to work. In turn, shops would then stay open later to make up business hours. In smaller towns, most businesses close for a few hours in the afternoon. In larger cities like Madrid, this custom is not as common. As a result, when foreigners visit shops that are closed in the middle of the day, they start to generalize that Spaniards do not work and are lazy. Spaniards are not lazy, but their work schedules are different than in other countries.

It is true that Spaniards are very social people. They often meet up in bars to have a beer in the afternoon to catch up with old friends, gossip with coworkers, or go on a date. The nightlife in major cities is also renowned across the globe. However, Spaniards do not actually drink excessively. In fact, it is culturally frowned upon to be drunk in public. There is very low social pressure to drink alcohol heavily. Spaniards have found that healthy balance of an exciting but safe social life. 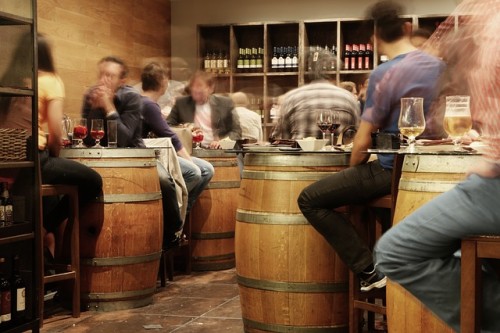 Photo of Spanish Bar via Life of Pix / pixaboy

Flamenco is a traditional dance style originally from the south of Spain. Many people associate Spain with the image of a flamenco dancer dressed in a red frilly dress and her arms held in the air. Actually, most Spanish women cannot even dance Flamenco. The majority of dancers perform in southern cities like Seville and only dress in traditional garb during Flamenco festivals or performances. The dance is recognized for its significant part in the culture, but it is not widely practiced. Bullfighting is a more controversial national pastime. Bullfights have long been a part of Spanish sport history but recently there have been building protests against the sport. Anti-bullfighting organizations condemning the sport have popped up in various regions. It is an ethical debate that many Spaniards will disagree upon. 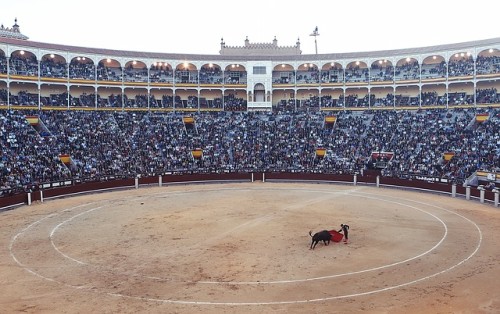 Photo of Bullfight Ring via Life of Pix / pixaboy

If you are coming from a society where punctuality is very important, it may take some getting used to the Spanish schedule. Spaniards are generally late to social gatherings, meals, and even appointments. This has to do with the overall lifestyle where everything takes place much later. Lunch can be around 2:00 – 3:00 pm and dinner is usually held beginning at 9:00 – 10:00 pm. This can make some visitors hungry between meal times! The most important thing to realize is that if a Spaniard arrives late to a meeting with you, it is not for lack of respect but just a cultural norm.

Ready to debunk these stereotypes in real life? If you are planning a visit to Spain and are looking to immerse yourself in the culture, the best way is to speak Spanish. You can start by taking our online language exam and then figuring out which Spanish course is right for you. Don’t wait any longer –learn Spanish and see for yourself what’s true and what’s not about the Spanish culture during your travels abroad!

5 Things No One Tells You About Moving To Ecuador Read more
See more articles about Culture, Education, Spanish