Hats Off to Papa: 5 Words and Phrases Hemingway Coined First

Language is a fascinating and unpredictable beast. It can evolve in ways that we never thought possible, and yet still retain consistent features for decades and even centuries. It’s not uncommon for us to use words and phrases today that were invented long before our time, as evidenced by Shakespeare’s impact on modern language. But the great Bard isn’t the only writer who coined phrases we absolutely love to use, Ernest Hemingway has leant a fair few to our lexicon as well. Tip your hat to Papa and read on to discover the words he gifted us and when they first reared their heads! 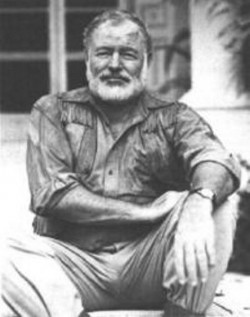 In Hemingway speak the word ‘dirt’ meant so much more than soil or earth. In fact, modern-day gossip magazines can probably thank the charismatic writer for giving them what would become a rather popular term. In Hemingway’s 1926 novel The Sun Also Rises, he used it as an alternative word for gossip.

Although the word ‘spooked’ became a part of American slang in 1928, its meaning differed somewhat from Hemingway’s later version. While the earlier version meant ‘to alarm’ or ‘to act like a ghost’ Papa used ‘spook’ and ‘spooked’ for the first time in 1935 to mean ‘to frighten and unnerve’ and ‘scared or jumpy’ respectively. Thanks to him, the word has evolved in ways our ancestors probably never imagined!

E.g. He didn’t mean to spook the horse. 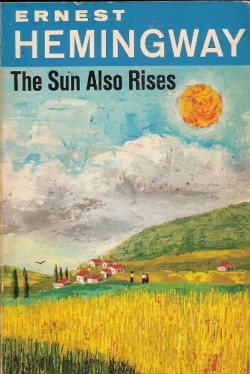 Hemingway coined this phrase in 1926 in his novel The Sun Also Rises and used it to indicate someone who is experienced in worldly matters. Of course, our modern version has changed somewhat from the great author’s because today we say: ‘been around the block.’

E.g. He’s been around just as much as I have.

It’s well-known that Ernest Hemingway was a big bullfighting fan. His love for the sport is what inspired him to borrow this term from Spanish in his 1932 book Death in the Afternoon. ‘El momento de la verdad’ which translates roughly to ‘moment of truth’ was used to refer to the final sword thrust which kills the bull. Today, of course, we use it for other less violent and bloody situations.

E.g. It’s the moment of truth: we’ll know who won the race. 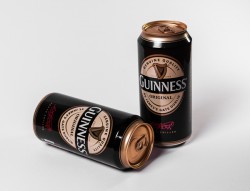 It may not be the most polite of terms, but it was coined by Hemingway in 1932 to refer to someone contemptible or hateful. The phrase hung around for a few more decades before undergoing a metamorphosis and developing a whole new meaning. You’ve probably heard it in reference to extreme intoxication. Not sure Papa would be so proud about that one!

Discovering the interesting origins of words and phrases is something which never grows old. Through studying the origins of our language we get a glimpse into both the past and the future. The past because we can see how far these words have come, and the future as we calculate how they will change. Don’t stop at just your own language though, expand your knowledge by signing up for foreign language classes with a top-tier instructor. You may be surprised at how similar your native tongue and a new language can be – and learn more about why you say the things you do in the process!

Comments on Hats Off to Papa: 5 Words and Phrases Hemingway Coined First