Learning a foreign language is hugely beneficial in a myriad of ways. A new language can help in the fight against depression, provide countless job opportunities, and give you a greater understanding of the world around you. However, the unfortunate reality is that learning a new language isn’t something that comes effortlessly to everyone. Many things can impact your ability to learn a language and today we’re going to talk about one in particular: social class.

The topic of social class in relation to scholastic success can often be seen as a touchy topic. Many people believe that hard work is the only thing necessary in order to succeed. Perhaps nothing makes this more evident than the photo of a Filipino boy studying on the street which went viral earlier this year. The photo allowed certain people to tout the dangerous point of view that ‘poverty is not an excuse for lack of success,’ when in fact the opposite can be true. The disadvantages students from impoverished or low-income backgrounds face are manifold when compared to their higher-income peers. Research shows that children who come from low-income families do not usually have a family history of higher-education, frequent access to books, and a stable learning environment at home. As a result, they fall behind more quickly and are much more likely to drop out as opposed to their fellow students for whom higher education is an expected part of life. 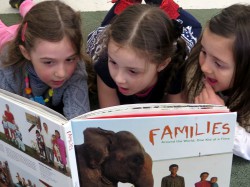 Having read this, you may be thinking that one of the solutions may simply be to encourage parents of all social backgrounds to take part in home activities such as reading and carrying on discussions with their children. However, according to some experts, good parenting may not be enough. Studies show that children from low-income backgrounds still tended to be up to eight months behind their higher-income peers in middle-school – even with the advantage of hands-on parenting. Researchers believe that some of this is due to the homes these children come from. Those from higher-income households had parents who usually held professional and managerial positions and could afford supplemental tutoring to help them along if they fell behind. On the other hand, lower-income students were more likely to come from families where unemployment was a big issue and where lack of money carried over into scholastic struggles. 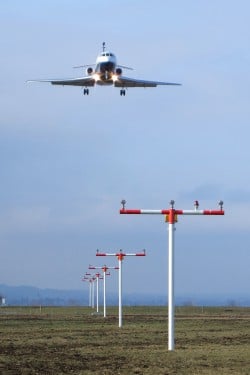 At this point, it pretty much goes without saying that social class can indeed impact all areas of learning. But what about language in particular? Well, language suffers more than other ‘standard’ school subjects because in many countries learning a language is usually moved to the back burner while students are encouraged to excel at math, reading, and science. Already, this narrows down the pool of learners to only those keen to go the extra mile to learn something as valuable as a new tongue. And, of course, social class can impact whether or not a student is willing to do this. Children from middle-class or high income households are more likely to look at language as an asset. They tend to have a clear idea of the benefits and impact being multilingual can have in business and on a global scale. These students are also more prone to travel abroad and interact with people from foreign cultures. Unfortunately, this sometimes means that lower-income kids get left behind, simply because they can’t afford to travel.

Although social class can impact how likely someone is to learn a language, it doesn’t mean doing so is outside of anyone’s reach. Scientists say that anyone is capable of learning a foreign language and in our modern age the internet has the power of placing the world at our feet. Learning a language has never been so easy with excellent language instructors and free online tools such as language placement tests just a click away. Remember, the power to dominate a new tongue lies with you. With dedication, discipline, and the right tools, you can do it regardless of your social background!