It is tempting to think that the meaning of hand signs is universally understood by different cultures. But this is not always the case. Just observe how the audience reacted when Richard Nixon made the A-OK gesture in Brazil. This pleasant and friendly gesture in the USA has much more offensive connotations in parts of South America.

If you like to travel, you would be wise to educate yourself about how the gestures you take for granted in your own country are interpreted elsewhere. Read on to learn about the top 5 hand signs that mean something in one culture but something very different in another!

Your friend is going abroad to start her PhD and you want to wish her good luck, so you cross your fingers. But this does not mean the same in every culture: in China, for example, this hand gesture is used to represent number 10, while it’s used to show you are telling a white lie in Germany (although we also do this in the UK, as well). 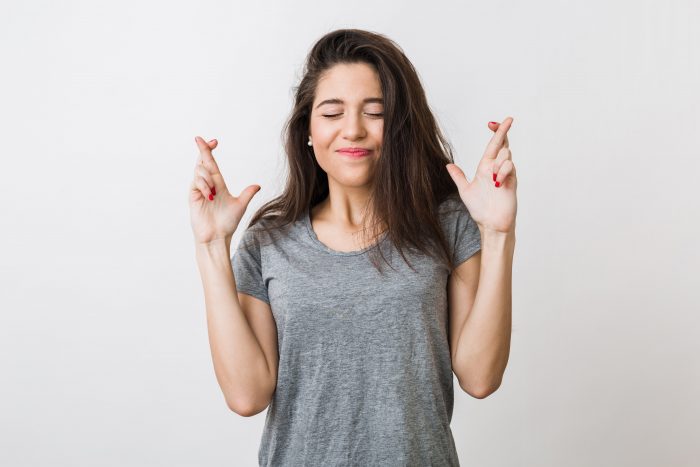 Photo by marymarkevich via Freepik

However, one place to avoid this gesture completely is Vietnam! Supposedly, this hand gesture looks like female genitals and, so, is extremely offensive.

Making a circle with your hand (touching your thumb to your index finger) is the universal gesture for OK, right? Common throughout the UK and the USA to show approval, agreement or understanding. Is your mum cooking strawberry shortcake and you love it? Make an OK sign. Is your co-worker saying something about a new project you agree with? You can also use this gesture.

But watch out, because this gesture does not mean the same thing everywhere in the world.

If you did this in Brazil, for instance, you would not agree with a friend but give them the equivalent of the middle finger (it has other scatological connotations, as explained by the New York Times).

Sometimes gestures evolve new meanings, even in countries where a hand sign’s meaning is already well established. For example, sadly, this hand gesture has started to be associated with other meanings in the USA: it has been linked with white supremacy groups.

If you like heavy metal bands, like Black Sabbath or Iron Maiden, then you are surely familiar with all the rituals and gestures fans make at their concerts. Often, when the band plays their most iconic songs, fans will start jumping up and down while doing the horn gesture (extending their index and pinky fingers). 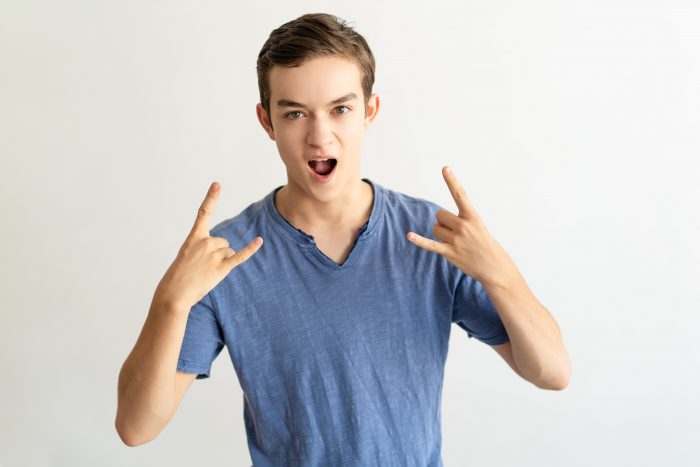 Photo by katemangostar via Freepik

Has your favourite political party won the election or have you just won a sports match? Make the V sign by outstretching your second and middle fingers with your palm facing outwards. Originally coined as “V for victory” during World War 2 by a Belgian politician, it became popularised around the world by the likes of Churchill, Eisenhower, and Nixon.

Eventually, victory came to mean peace and friendship, as well, especially by the USA during the Vietnam War. Today, it is common to see this gesture used by politicians and in friendship groups throughout Europe, the Americas and Asia. 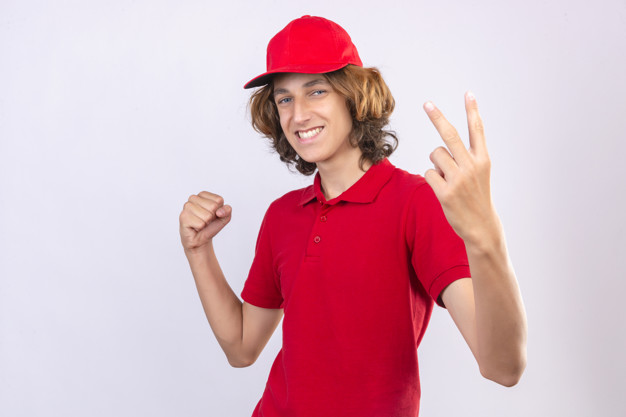 In fact, this hand gesture seems to have a positive connotation everywhere…until you flip it around.

Make the same gesture but with your palm facing you and not the other person (also called the reverse victory sign) and this hand sign shows defiance and contempt. It is interpreted as an insult by some nations of the Commonwealth (such as South Africa, India and the UK), so be careful how you place your palm before doing the V sign!

If you ever travel to the USA (and the American continent in general) and want to show your friends that their sports team sucks, you can use the L sign and tell them they are “losers”.

Yet, this gesture has a completely different meaning in China, where hand signals are often used to indicate numbers. Chinese people position their fingers to resemble the symbol they use for a given number. So, if you want to tell your friend to buy 8 (八) cans of beer, just make the L sign. 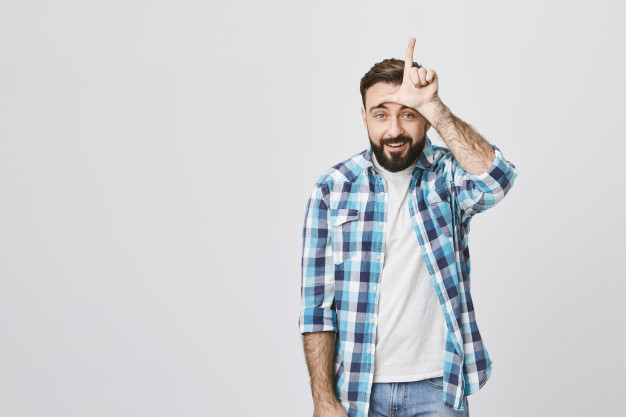 Photo by cookie_studio via Freepik

As you can see, using gestures is widespread among different cultures, but the meanings of these hand signs can change wildly! Next time you practise your foreign language skills overseas, keep these meanings in mind and save yourself a lot of embarrassment and confusion.

If you liked this post and would like to know more about how to use hand gestures in different cultures, check out our article about the top 10 Argentinian gestures and how to use them! 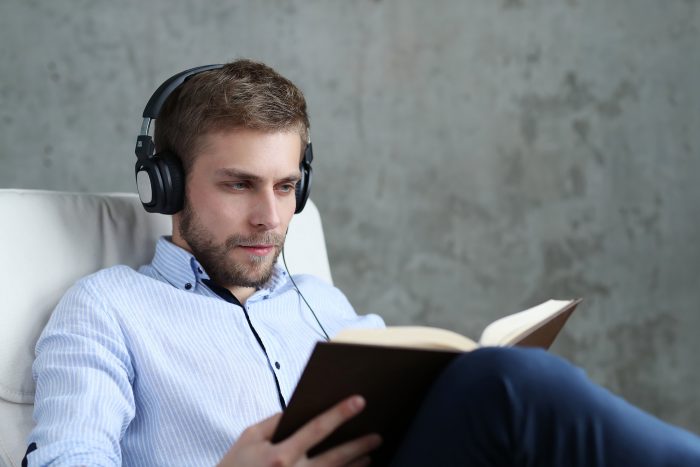 What is your language of love? Read more
See more articles about Culture, Hints and Tips