The Nightingale Language: Ukrainian Explained By a Native Speaker

One of the most fascinating aspects of my job is that every time I have a burning question about a language, I can resort to one of our native tutors and get an expert answer.

Very often, while I read some of the most interesting emails I get from our teachers, I wish I could share them with you, our readers, so that you can also take part in these wonderful linguistic exchanges.

When I asked Oksana how she would describe the Ukrainian language, she smiled and called it “a nightingale language”. She seemed so enthusiastic about sharing everything she knew about her language (spoiler alert: she knows a lot), that I found myself asking more and more questions.

What follows bellow is an excerpt of an interview with Oksana about the wonderful Ukrainian language.

The fact that you describe Ukrainian as a nightingale language is very intriguing to me. What do you mean by this?

Well, I bet you have heard nightingales sing. It’s a melodious, delicate sound. The Ukrainian language, even for those who can’t understand it, sounds like a song. Part of this has to do with the fact that our language is rich in vowels. This makes Ukrainian a very melodious language.

Besides, we have actively taken measures to preserve this melodiousness! For example, we have three variants of the conjunction “and”, three forms of the preposition “from” or “with”, and two of the preposition “in”, the aim of which is to keep the balance between consonants and vowels. And it was all done for aesthetic reasons!

When you hear the Ukrainian language spoken in a movie, you will notice that the resulting interplay between hard and soft sounds creates a smooth nightingale-like flow of speech. It may sound like too much of a good thing, but the Ukrainian language even has a change of “u/v” sounds at the beginning of nouns and verbs to serve the same goal! 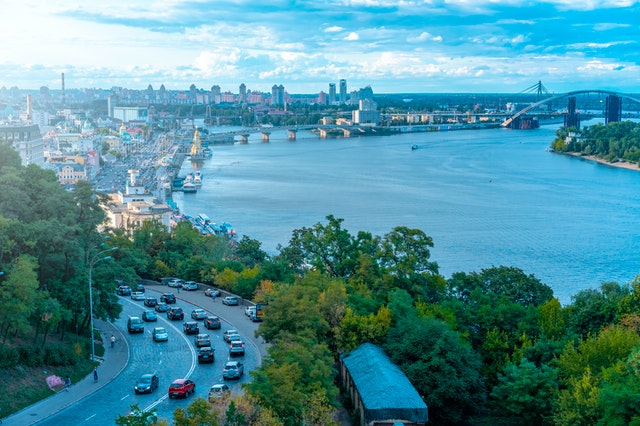 That’s fascinating. What can you tell me about Ukrainian grammar?

Something you should know about the Ukrainian language is that it is a very expressive, emotional language. And grammar is used to enhance this characteristic. For example, you can express a wide range of emotions with the help of suffixes or word endings.  If you have at least a dim idea of how the Spanish language works, you may have noticed that they use diminutives “ito/a”, as in Juanito (which in English could be expressed only with the word “little”). Well, Ukrainians even have a diminutive form of the noun “enemy” which, by the way, appears in our national anthem!

Besides this, you can add lots of suffixes to a single word to create a whole range of intensity of emotion! The more suffixes you add, the stronger the emotion you intend to convey.

A special set of suffixes, for example, is used to convey negative connotations. However, these are not as numerous as those used to express positive emotions and almost love to everyone and everything in this world! Like I’ve said, when people ask me things like “What is the Ukrainian language? What language do you people even speak?” I don’t get angry. I just say: “The official Ukrainian language is the language of nightingales singing a love song to the rest of the world”.

Well, if we were to compare Russian vs Ukrainian, I would say that the Ukrainian language is softer. Although Russian also uses special letters to soften consonants, Russian words are just stronger,

A very clear example of Russian vs. Ukrainian vocabulary is the names of months. While current names of months in Russian are very similar to their English counterpart, Ukrainian months are authentically Slavic (some even have Baltic roots), which tells us of a stronger connection with our ancestors and our linguistic roots.

And how would you compare these two languages in terms of grammar?

Well, when it comes to grammar, the Russian vs Ukrainian narrative gets a bit more complicated. Basically, there are four main differences:

First, there are three future tenses in Ukrainian compared with two in Russian. Though functionally the synthetic imperfective future and the analytical imperfective future are equal, the former is mostly used in formal situations while the latter is more suitable for an informal style.

Second, the Russian language has 6 grammatical cases: nominative, genitive, dative, accusative, instrumental, and locative, while Ukrainian has 7: the same as in Russian plus a vocative case, which is the one we use to address a person (or even an object!) directly.

Third, despite a few unpredictable stress patterns, the Ukrainian language has the simplest and the most transparent reading rules of all Slavic languages, if not of all the languages in the world. What does this mean? It means that whenever you see the letter “o”, it will have the same sound it has in the alphabet. In Russian, on the other hand, it might sound as “a”, if it is unstressed, or “o” if it is stressed. Another example is Russian “г” (“g”), which can read as “в” (“v”) in some cases.

Finally, Russian and Ukrainian have different alphabets. Ukrainian uses a version of the Cyrillic alphabet, which has a lot of letters in common with the Russian writing system but which also has a few unique letters to represent sounds specific to Ukrainian. Besides, though you will find some of the letters appear in both writing systems, this doesn’t mean that they have the same pronunciation in Russian vs Ukrainian. 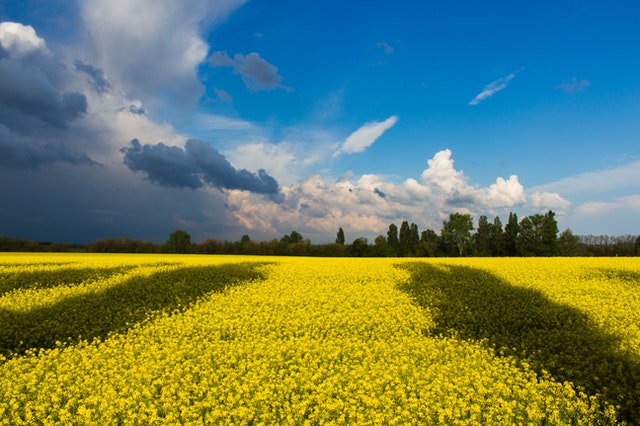 So, what are the most difficult aspects of learning Ukrainian?

Just like with all Slavic languages, the biggest challenge you will need to face while learning the Ukrainian language is the cases: not only knowing when to use each of them, but also memorizing all their numerous endings.

What would you say to those who think Ukrainian is just too hard to learn?

I would just say that nothing is impossible to a willing heart, especially if this willing heart would like to speak or sing in one of the most beautiful languages in the world – a true “nightingale language”.

Would you like to take an intensive Ukrainian course with Oksana, our expert Ukrainian teacher?

Contact us now and we’ll pair get in touch with her so she can answer all your questions about her language and, of course, help you boost your speaking skills. Who knows? In a few months, you too might be able to speak Ukrainian like a nightingale.