Learn to Speak Like a Brit for the Queen’s Platinum Jubilee!

On 6th February this year, Queen Elizabeth II celebrated her Platinum Jubilee, an unprecedented event in British history that marked 70 years of service to the people of the United Kingdom, the Realms, and the Commonwealth.

In order to celebrate this historical event, you can join in the events and initiatives that will take place across the UK starting in May, to culminate in the Platinum Jubilee Central Weekend from 2nd to 5th June. The celebrations include street parties, a traditional parade featuring 1,400 soldiers, 200 horses, and 400 musicians, and the Platinum Jubilee Pageant, an awe-inspiring spectacle that combines street arts, music, circus, theatre, and carnival.

At Language Trainers, we are delighted to join in the celebration of Her Majesty’s historic reign by writing about what we love most: language.

While the UK is positively filled with wonderful, diverse, ever-growing English accents, it is undeniable that the “Queen’s English”, also known as RP (Received Pronunciation) or Standard English, has a privileged place in language learning thanks to its reputation as a refined, geographically neutral, acoustically pleasant English variety.

In this blog, we are going to tell you how to incorporate some of the features that make the Queen’s English unique to your own pronunciation to help you sound more British than the entire cast of The Crown.

Here are a few traits that make the Queen’s ‘quintessentially British’ accent so special.

In other varieties of English, the vowel sounds in “bat” and “bath” are very much alike. However, if you want to sound like a native British speaker, you have to make sure that your [ɑː] sounds are long and ‘dark’, as opposed to the short, smiley sound in “cat”. In order to get your [ɑː] sound right, make sure that your jaw is relaxed and slightly open and that you’re not moving your lips at all. Practise this sound with words such as “father”, “palm” and “hard”.

Received Pronunciation is sometimes referred to as BBC English. This is because RP speakers tend to have the distinctively clear diction that we associate with British broadcasters. Indeed, one of the most salient features of RP is that the letter ‘h’ is never dropped at the beginning of words, which is common in many other varieties of English, especially Cockney and American English. So, if you want to sound like you were born in Oxford, avoid dropping your ‘h’ sounds in phrases like “Let’s ‘ave a coffee”.

In certain varieties of English, it’s very common to hear people say things like /nu:z/ instead of /nju:z/ (“news”), /du:/ instead of /dju:/ (“due”), and /ˈstu:pɪd/ instead of /ˈstju:pɪd/ (“stupid”), due to a historical process known as “yod-dropping”. Being a more conservative variety, RP has retained this sound albeit with a few exceptions:

4.   How to pronounce [r] between vowels

Conservative RP speakers pronounce their R’s in a very specific way. While other speakers produce this consonant with a continuous or trilling sound, the most common pronunciation in RP involves a single tap. To make a tapped [r], you have to flick the tip of your tongue against the roof of your mouth – thus making only very brief and rapid contact. Practise this sound by saying words such as “inherit”, marry”, “corridor”, and “during”. Make sure the sound is quick and brief, as opposed to vibrant and continuous.

5.   No [r] before consonants or at the end of words before pauses.

Unlike well-known English varieties such as Scottish, Irish and General American, no [r] sound is heard before consonants – dark: /dɑːk/, smart: /smɑːt/, barn: /bɑːn/; or at the end of words – car: /ka:/, dear: /dɪə/, fur: /fɜː/. However, if words ending in the letter R are followed by words beginning with a vowel, [r] is used as a linking sound: dear Amanda /dɪər_ɑmɑndɑ/.

As we’ve said before, a key feature of RP is the importance of pronouncing every sound clearly. When you say a word that has a T as in an accented syllable, make sure you produce enough aspiration so that this sound is released with an audible puff of air. Also, if you have a T between vowels, as in “city”, bear in mind that the quality of the consonant must be retained. While it is common to hear American people or even young Londoners say “cidy”, if you want to sound just like the Queen you will need to keep your T’s intact. 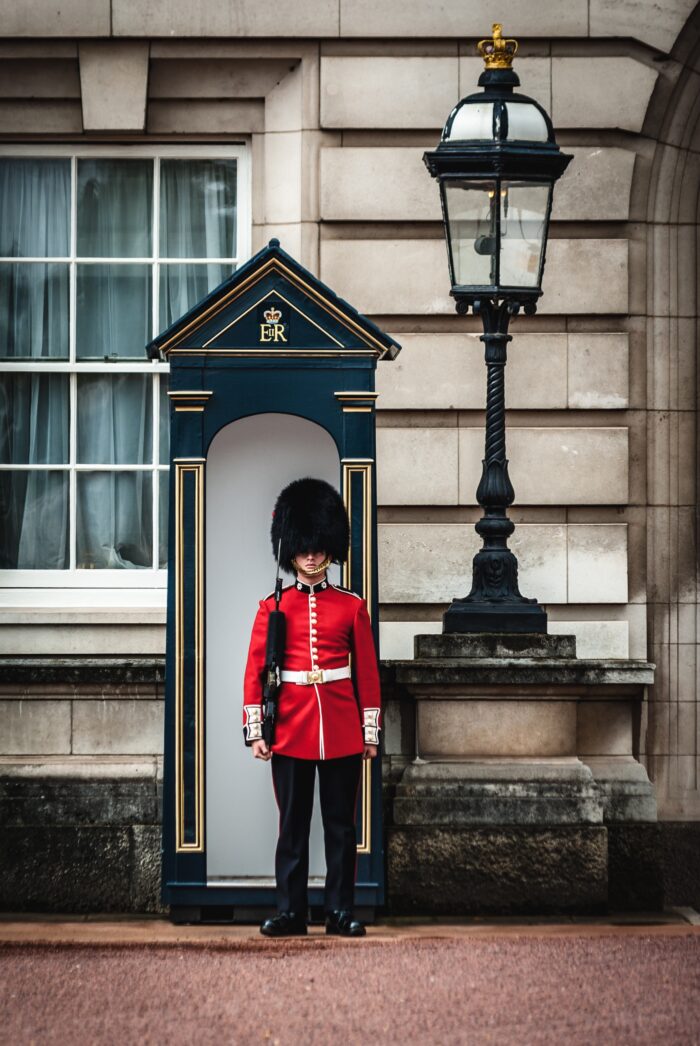 Now that you know what makes the Queen’s English pronunciation so delightfully British, how will you put into practice what you’ve learned?

If you ask us, the best way to improve your diction is by talking, talking, and talking (wow, did you hear that plosive T? The Queen would be proud.)

At Language Trainers, we offer one-to-one courses with native British teachers to make sure that our students have plenty of opportunities for speaking. All you have to do is send us a quick message telling us what your learning goals are, and we’ll find you the best match so you can start working on your pronunciation the very next day.

Rafal, a client who takes lessons with one of our teachers in his home in Luton, is very happy about his progress with Amanda:

“The course is great. I have a very nice time with Amanda. She is very knowledgeable and she knows how to share this knowledge with other people. I am really happy about how things are going and I would definitely recommend your service to other people”.

If you want to have a tailored learning experience like Rafal, contact us now and we’ll arrange a free trial lesson for you, with no strings attached. What are you waiting for? Celebrate the Queen’s Platinum Jubilee by learning to sound ltrue Brit.